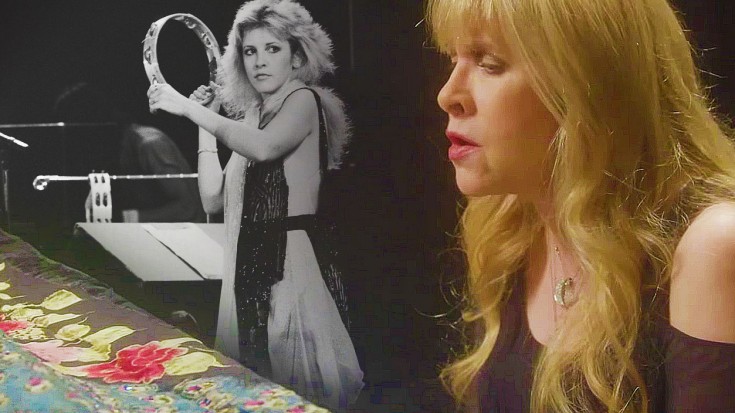 Stevie Looks Back On A Lifetime Of Tragedy And Triumph

Featured on her 2014 album 4 Karat Gold: Songs from the Vault and written in 1984, ‘Blue Water’ is a gorgeous Stevie Nicks song that until 2014 had gone unheard. It’s a rare glimpse into a then-32 year old Stevie Nicks’ heart and soul as she tried to process fame, excess, and the lost love of a lifetime in bandmate Lindsey Buckingham, and in 2014, she revisited ‘Blue Water’ for an intimate performance with Rolling Stone magazine.

Armed with only a piano and her voice, Stevie’s rendition of ‘Blue Water’ is intensely soulful in a way the album version wasn’t; it’s serene, as if Stevie’s telling the story backwards as a woman nearing her 70s after the storm has calmed, instead of as a young woman right in the middle of one.

Fun Fact: ‘Blue Water’ began as a bootleg demo, before Stevie revisited it in preparation for 4 Karat Gold: Songs from the Vault. The final version features country artists Lady Antebellum.

There’s quite literally nothing we don’t love about this incredibly intimate performance! It’s not often that Stevie is willing to sit down and bare all in the form of a song we’ve never heard before, which makes this particular offering even more special.