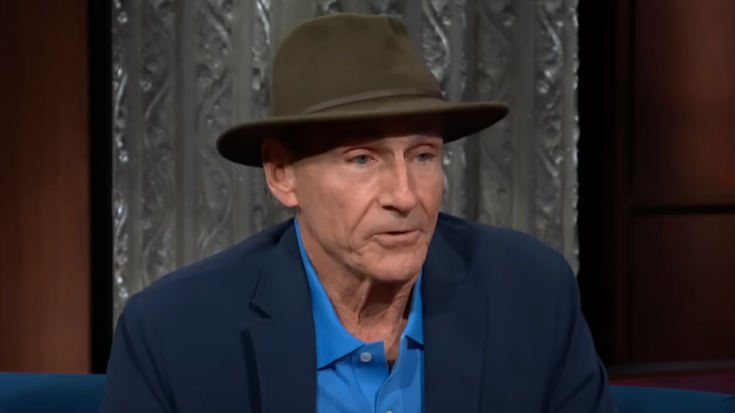 James Taylor talks about his longtime friend and collaborator, Joni Mitchell, returning to the stage at the Newport Folk Festival alongside the incredible Brandi Carlile.

In his recent guest appearance on The Late Show with Stephen Colbert, Taylor shared how it’s like seeing Mitchell performing again:

“It was great. Particularly, for Joni, she had a real sort of disastrous event that happened to her, what, five years ago now? Seven years ago? She had a serious stroke and she’s come back from it amazingly. That’s she’s still here at all is remarkable. You can’t stop her.”

When asked how he met John Williams, he said:

“It was the first I played with a symphony orchestra ever and that’s a real change from the world that I came from, which is basically some folk music and a little bit from jazz and blues. It’s daunting to play with an orchestra like that. But the thing is, it’s sort of like I was introduced to it at the very top possible level with the Boston Symphony, the Boston Pops Orchestra–which is a lot of the same players—and John Williams conducting them. It was really stepping off the ladder at the very top and John made everything seem easy and natural and very accessible.

“When you do a sound check, basically, you do a rehearsal with the orchestra. John checks out the charts and sees how they work. John, he’s such a master, he can take an orchestral chart which has all of the parts written on two pages, and he can just sort of listen to it as he turns the pages. He hears it as he looks at it.”