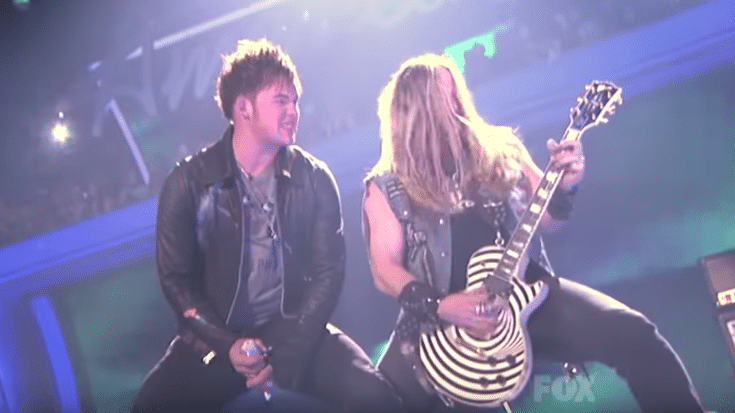 Going way back when American Idol was actually entertaining. Remember this performance from James Durbin? The dude could SANG. And the best part was, he was all about that rock, baby.

His voice was made for metal. And it was a breath of fresh air to see someone all about rock in a time (even then) where pop music reigned in the mainstream.

There was just something about his showmanship and had killer vocals. Dude could hit notes out of this world, and made it seem effortless. There are just some people born with this kind of talent. And to also add in some training in there? Then you got a superstar.

This is a shot from the part where Zakk Wylde goes OFF on an epic solo. Really nice to remind America what heavy metal is again. Seems like they forgot.

He Didn’t Win The Competition

Although he got a standing ovation from the audience and a crazy good score from the judges, unfortunately Durbin only placed 4th in the competition. But he did go on to have a pretty successful career elsewhere and is still rocking out. We need to see this kind of talent once again on reality competition shows!