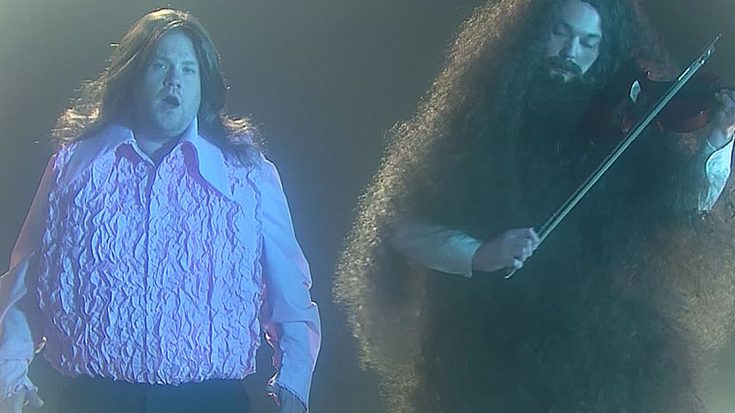 Late night talk show host James Corden ended 2016 with a bang, riding the high of a year spent hosting the wildly successful Late Late Show With James Corden and dazzling viewers with weekly installments of his star-studded romps through Los Angeles, Carpool Karaoke. This year is shaping up to be another one for the record books as Corden hit the ground running in the early days of 2017 with another viral sensation, one that saw him paired with Big Bang Theory star Jim Parsons for a cheeky remake of Kansas’ iconic “Dust In the Wind” music video.

You remember the one: the somber music video from the late seventies featuring fog, flutes, and dramatic closeups of singer Steve Walsh and violin player Robby Steinhardt that on a bad day could put a catch in your throat and on a good one, make you giggle. Corden and Parsons take on the roles of Walsh and Steinhardt for a shot for shot remake of the music video, and to add to the video’s authenticity, there’s no lip syncing here: that’s actually James and Jim singing!

Just in case you thought it was supposed to be completely serious, keep a weather eye on these two: their get ups get increasingly more ridiculous as the song inches towards the end, making for an absolutely hilarious ending. Enjoy!