Someone Edited James Hetfield’s Laughs Together In Place Of ‘Master Of Puppets’ And It’s Hilarious! 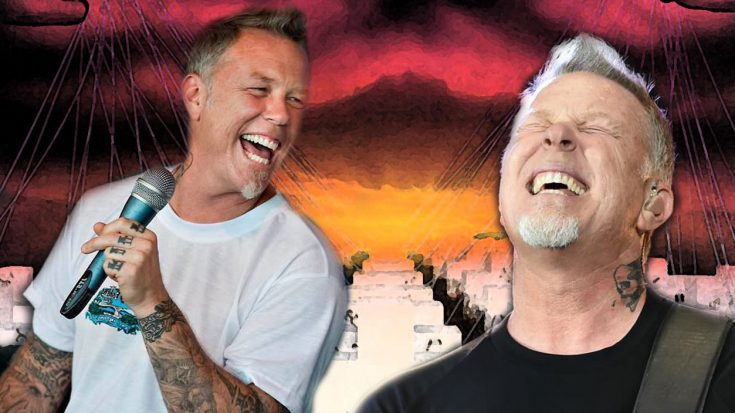 This Is Just Too Funny!

I’ve often heard people say that metal music should be taken seriously. For as seriously as we should take metal music, let’s be honest, it’s pretty damn hilarious, sometimes. Now look, I love metal just as much as you do, but we have to learn to laugh at it sometimes, too. All the anger, all the warlocks, dragons, vampires etc. But anyway, I’m getting ahead of myself here. All the hilarity that I just mentioned is made apparent in the video you’re about to watch.

What you’re about to watch is a video in which somebody edited James Hetfield’s laughs together to make it sound like Metallica’s hit song Master Of Puppets. To say that this is hilarious is an understatement. To say that the laughter is contagious is also an understatement. To put it simply, this is the funniest thing you’ll see all day! Don’t believe me? See for yourself!