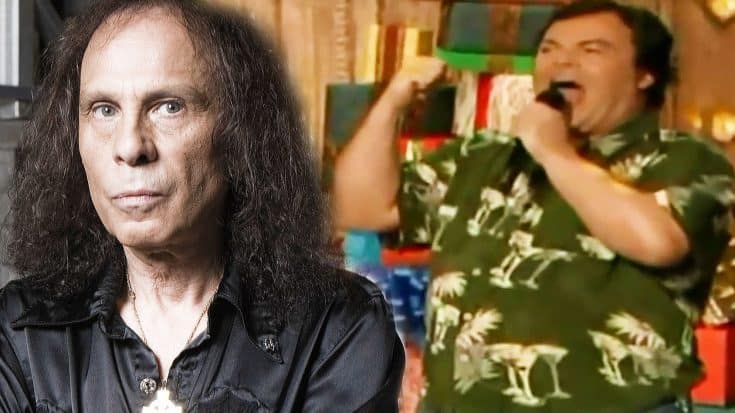 Commonly known for being an actor, not a lot of people know that Jack Black has a pretty decent singing voice! In fact, Jack has been known for being a huge fan of classic rock, and at times can even be spotted up on stage with some of the greats doing covers of their songs!

A few years ago, Jack made an appearance on Jimmy Fallon’s talk show, and blew the audience away with the most epic introduction you will ever see!

As Fallon announced Jack as the guest, Jack emerged from behind the curtain with a microphone in hand, and joined Fallon’s house band, The Roots, in an unforgettable rendition of Dio’s “Holy Diver!”

The crowd went wild, and were stunned at how amazing Jack’s voice sounded. I mean seriously, this might be one of the best Dio covers we’ve ever seen!

After the short performance, Jack was greeted with a standing ovation from the crowd, then sat down to be interviewed by Fallon!

Check out the epic moment down below, and let us know what you think!