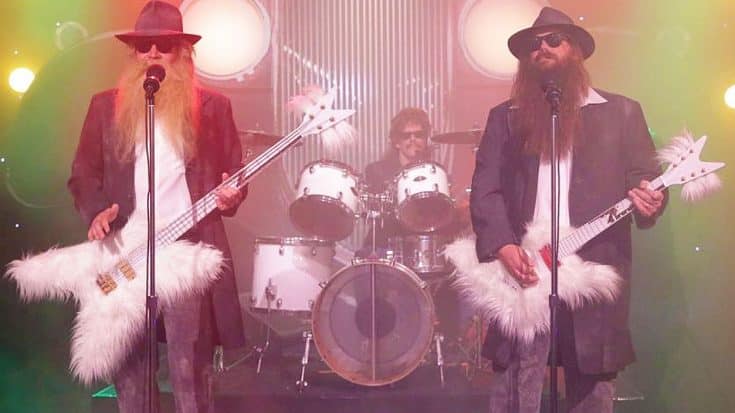 Uh…We’ve Never Heard This Version Before!

Jimmy Fallon’s ‘First Drafts of Rock’ segment is always non-stop fun. Whether Fallon and Kevin Bacon’s awkward, error filled take on The Kinks’ “Lola” or spinning The Beach Boys’ “Fun, Fun, Fun” into a song entirely about a hamburger stand, you can always bank on having a few laughs while looking back on some of your favorite songs, and this week’s segment did not disappoint. Bringing back ‘First Drafts’ collaborator Kevin Bacon along with special guest Chris Stapleton, Fallon explored the roots of ZZ Top’s 1983 hit “Legs” and y’all, we’re not kidding when we said that this is hands down our favorite installment of the segment!

Fun Fact: The video for “Legs” won the 1984 MTV Video Music Award for Best Group Video, marking the first year the award was given.

Dressed as ZZ Top right on down to the ever iconic beards and sunglasses, the trio consisting of Fallon, Stapleton and Bacon bring laughs as it’s revealed that before “Legs” became an ode to their favorite part of a woman’s body it was actually an ode to – well, every part of a woman. From thumbs made for textin’ to teeth and elbows and Kevin Bacon’s confusion as to what constitutes a body part, the first draft of “Legs” manages to be both fiercely funny and really, really damn good; I mean, who doesn’t love watching three grown men try not to break character while singing that arms are “like legs but on her upper half”?

Check it out in the video below!