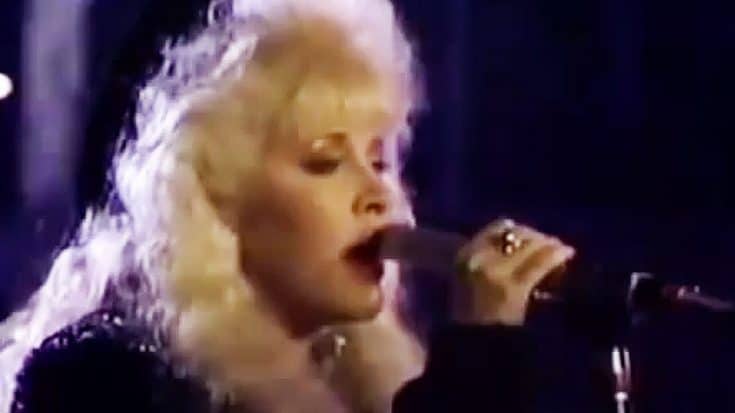 Stevie Nicks Warms Our Hearts With Her Stunning Take On This Classic Song!

We stand firmly by the belief that Stevie Nicks can do no wrong. We often say that she is the queen of everything. Whether it’s her singing, songwriting, or Stevie just being Stevie, what’s not to love? To put it simply, Stevie Nicks is just one of the great carbon-based life forms on planet damn earth. Then again, you knew that. Anyway, on with the reason you’re here.

It’s Christmas time, and you know what that means! It’s time to bring you the best Christmas performances from your favorite rock stars, and what we have here is no different! What you’re about to watch is Stevie Nicks take the stage and perform her breathtaking rendition of “Silent Night”. If you’re a fan of Stevie Nicks (which if you’re not, why are you even here?) then you’ll fall in love with her all over again after seeing this! Don’t believe us? See for yourself!

“Stand up straight, put on your heels, and get out there and do stuff. I want to do a miniseries for the stories of Rhiannon and the gods of Wales, which I think would be this fantastic thing, but I don’t have to retire from being a rock star to go and do that. I can fit it all in.”– Stevie Nicks

She’s a queen. She can do pretty much anything and still leave everyone in awe – she can even sing the yellow pages and it will surely be a hit! Nope, we’re not exaggerating. We just know how massive her talent is. She’s the real deal. Her voice will stop you in your tracks simply because it’s enchanting, magical and unique.

Anyone who recognizes what real talent sounds like will always fall in love with Stevie Nicks.