17-Year Old Sina Cranks It Up For Legendary Cover Of Genesis’ “Land Of Confusion”! 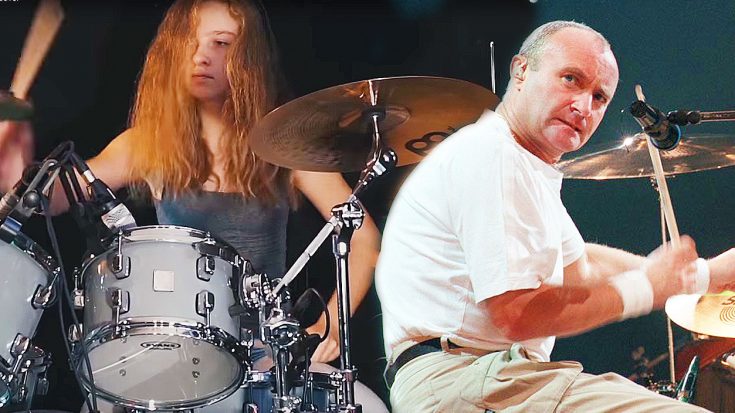 This girl is ridiculous!

Everyone loves Genesis! They ruled the 80s, and Phil Collins has one of the most iconic voices of the era, but Phil Collins actual skill on the drums can be incredibly underrated! He is easily one of the best out there, and his voice is very difficult to mirror!

17-year old Sina took on this Genesis cover with her band! They reworked the song to be a little heavier than the original, and this actually ends up being a cover of a cover! Sina’s band actually covered Disturbed’s version of this song! It’s a lot heavier, with a harder drum beat and chunkier guitar riffs! It’s pretty fantastic, and Sina shines through on this cover!

Fun Fact: A rare political song for Genesis, this questions the wisdom of world leaders at a time when the US and Russia were enemies and there was a threat of nuclear war. Phil Collins called it, “A political song about the mess we have landed in.”

Check out Sina and her band’s cover of this gem down below and prepare to be amazed! Also, be sure to check out the other videos on her channel! She’s fantastic!