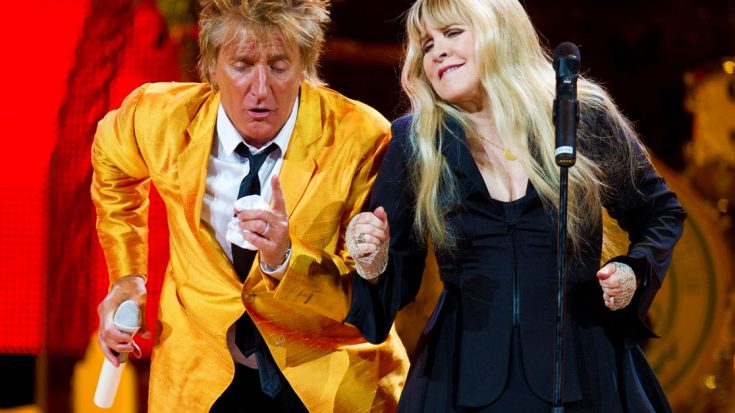 Is It Hot In Here, Or Is It Just Rod And Stevie?

It was a party onstage the night Fleetwood Mac songstress Stevie Nicks joined her old friend Rod Stewart onstage for a powerhouse performance featuring a duet of Rod’s “Young Turks”! These two legends have been friends for decades and have some of the most distinctive, unique voices in rock and roll – voices that have rocked us for years. So when in 2011 they performed a series of shows together, it was quite the win/win situation!

Watching Rod and Stevie tear through a rowdy rendition of “Young Turks” (complete with dance breaks!) is a fantastic reminder why these two are some of the most sought after musicians of the 20th century, and when you factor in their soulful duet of Stevie’s ‘Leather And Lace’, there’s quite literally something for everyone.

Fun Fact: The idea for the duet came from Stewart’s daughters Ruby and Kimberly. “They love Stevie,” he says. “She’s just ultra-cool – she has a cult.”

“Young Turks” will draw you in, but it’s the chemistry between these decades-long friends that will keep you absolutely captivated!