Could Steve Perry Really Join Journey Again In The Near Future? 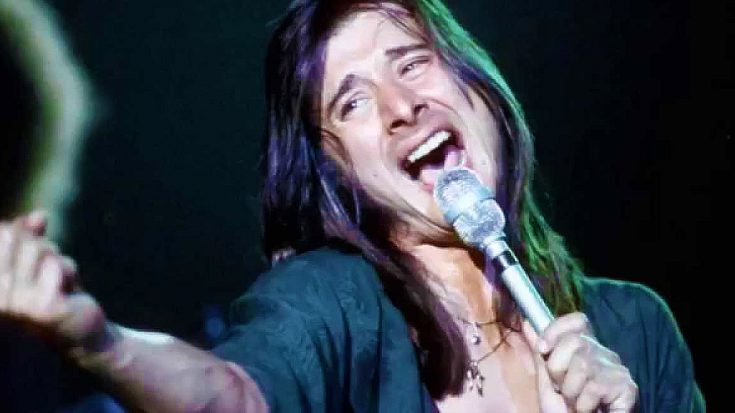 “It Has To Happen,” Says Journey Keyboardist

At long last, it looks like Journey may very well make it into the Rock and Roll Hall of Fame – at least, if they’re one of the 5 bands selected next month – and fans are more than a little hopeful because a Journey induction can only mean one thing: the return of Steve Perry. Or at least we hope, and so do his former Journey bandmates.

Perry, currently hard at work on his first solo album in two decades, left Journey in 1998 and hasn’t looked back, refusing any and all invitations to rejoin the band for any amount of time; since a Journey induction into the Rock and Roll Hall of Fame would also mean that Steve Perry is inducted as well, it only makes sense that he’d be there to celebrate such a major milestone. Keyboardist Jonathan Cain says that if Journey makes it into the Hall, Steve should be there and take the stage with them that night as they mark the occasion with a performance that will no doubt include the legendary “Don’t Stop Believing”.

“The door’s always been open for him to join us any time he wanted. I mean, that has to happen. That band has to play. They have to play their music – two songs and I think we get to do two or three. That’s how it works.”

Steve’s still clearly got the pipes to take on the Journey classics we’ve come to know and love and though we know he’s been the sole obstacle in any sort of reunion with his former bandmates, hopefully this is the time that he’ll make an exception and join Journey again, if only for a night. He hasn’t said yes (or even publicly acknowledged Journey’s nomination) – but then again, he hasn’t said no, either. Fingers crossed!