Is John Lennon A Victim Of The ‘Rosemary’s Baby’ Curse? 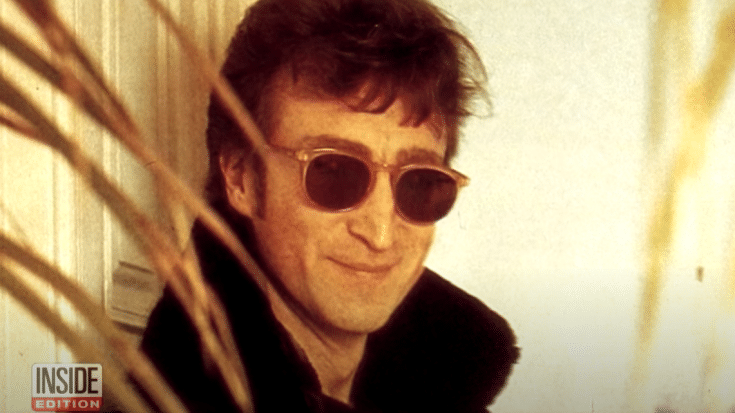 He Died Over A Decade After The Movie’s Release

Curses and conspiracy theories – people have always been fascinated by them and even in the age of social media & the internet, that hasn’t changed. On the contrary, thanks to websites like Reddit, it’s fairly easy to share speculations and find someone else who agrees with you. And it only takes a little while before stories blow up.

Almost forty years ago, the whole world was rocked to its core when John Lennon was shot outside of his apartment building – the Dakota in New York City. It was a scary reminder that we might treat rockstars as gods but at the end of the day, they’re still merely humans like everyone else. And what’s scarier is the fact that the murderer, Mark David Chapman even shook the hand of Lennon’s five-year old son Sean. Lennon himself signed Chapman’s copy of “Double Fantasy”. And so no one suspected that he would fire five hollow-point bullets to Lennon’s back. After committing the heinous crime, Chapman didn’t try to run or flee the scene. He stayed there, reading “Catcher in the Rye” until authorities came to arrest him.

Things like this don’t seemingly happen in real life. We see them in movies or read in books but it’s not something we come across as actual events. But it happened. We lost John Lennon, one of the greatest singer-songwriters in history. The world mourned him but after getting over the shock of his murder, theories began to take shape – that which connected Lennon’s death to what is dubbed as “the most cursed hit movie” of all time, “Rosemary’s Baby”.

Roman Polanski’s 1968 psychological horror film “Rosemary’s Baby” was based on Ira Levin’s novel of the same name. The story follows Guy and Rosemary Woodhouse who move into an apartment in New York City. When the wife got pregnant, she began suspecting that their neighbors Minnie and Roman Castevet belong to a demonic cult and want to take her baby for their rituals.

It’s scary and suspenseful. But things started happening to the crew and other people involved in the movie. It began with director Roman Polanski. Not long after the release of “Rosemary’s Baby”, his pregnant wife Sharon Tate was murdered by members of Charles Manson’s family along with his unborn son. Producer William Castle suffered from kidney stones and while he was in the hospital, he hallucinated and reportedly shouted: “Rosemary, for God’s sake, drop the knife!” The composer Krzysztof Komedam fell off a cliff just months after finishing his work on the film which eerily mirrors a scene in “Rosemary’s Baby”. Producer Robert Evans was arrested for possession of cocaine, tied to a murder, and suffered multiple strokes.

So where does John Lennon fit in all of these?

He was assassinated where “Rosemary’s Baby” was filmed. Evans liked the eerie feel of the gothic Dakota building, thinking it was the perfect backdrop. Also, Lennon was friends with Mia Farrow, the actress who played Rosemary and during Tate’s murder, Charles Manson’s family members used blood to write “Helter Skelter” on the wall.