Is Elvis Presley Still Alive? Newly Surfaced Photo Has People Talking, And You Might Want To Listen 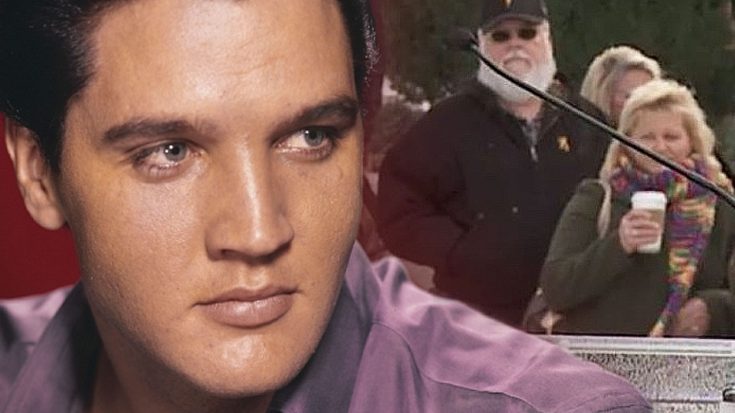 No, Seriously – We Can’t Make This Up

It’s okay, folks – Elvis Presley is alive and well and stopped by his Graceland estate last week to celebrate his 82nd birthday. A fresh round of conspiracy theories surrounding Presley’s August 16, 1977 death cropped up last week after admins in a Facebook group called ‘Evidence Elvis Presley Is Alive’ stumbled across footage from the late icon’s 82nd birthday celebration at Graceland that reportedly offers proof that Elvis is alive and well 40 years after his death.

A burly man with a snowy white beard is seen in the photo below, standing with the rest of the crowd at Presley’s birthday bash and staring straight ahead, prompting members of the Evidence Elvis Presley Is Alive group to believe that not only is Elvis in fact still alive, but that this could very well be him or his identical twin brother Jesse Garon, who died in utero.

Take a look at the photo below and tell us: could this really, truly be Elvis (or his twin)? I highly doubt it but hey – after 2016, anything is possible. Enjoy!