Iron Maiden’s Bruce Dickinson Once Save A Flight On Flipflops 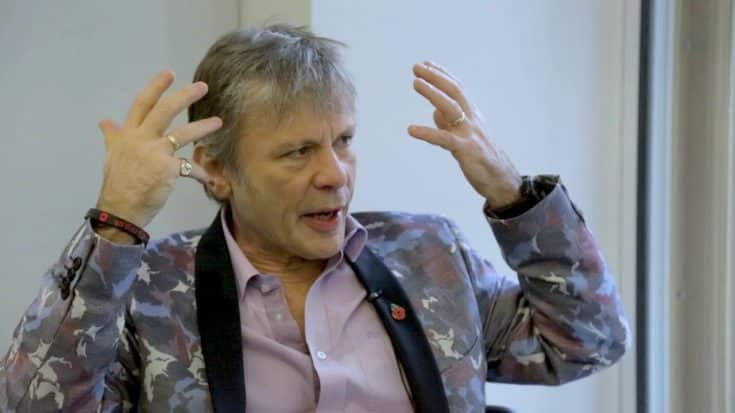 The podcast channel Psycho Schizo Espresso on YouTube recently featured one of its hosts, Bruce Dickinson of Iron Maiden. Interestingly, Dickinson recalled how he saved the flight wherein the pilot got sick due to food poisoning.

Little do people know, Dickinson gained his commercial pilot license in the 1990s. He started working as a commercial pilot and continued his career for a while with Astraeus Airlines. So it is no longer surprising when he also revealed that he is not a passenger all the time, but sometimes he takes charge as a pilot.

One time there was this incident in one of their flights wherein the pilot was unable to fly the plane due to food poisoning. Luckily, they have a pilot on board, which happens to be him and then he took control of the plane. They were able to reach their destination without problems and landed safely. He recalled:

“I’m, you know, I’ve got my flip-flops and shorts. And you know, I’m just in the back seat and you know, with all the regular folk. And, off we go. A couple of hours into the flight, I get a knock and you know, I’ve been a good little chap, I thought I’ll go now, I’ll have a cup of tea, please. I’ll just not bother with that glass of Chardonnay, on the basis that, you never know what might happen, right? And, being aware that there’s only three pilots on board and two of them are up there, sure enough I get a knock and, ‘Could you come up to the cockpit please?’ and I’m like ‘Yeah yeah, okay.’

“So I go in there. Anyway, the poor lad has turned green and has an ashen face. And he’s been in the toilet sh*tting and throwing up and everything. The breakfast sausage, his breakfast that got him in Mumbai and so… They took him down the back of the airplane, I climbed into to seat in flip-flops and shorts. And I said well, off we go then, you know.

“So we refuel just south of Singapore and then continued all the way to Perth. Night flight, got in early in the morning. You know, our pilot friend went home to bed, we didn’t see him for about three days, he was really ill. So I’m, I sat there, I’ve got my little funny, little green fluorescent jacket, and flip-flops and shorts and a t-shirt, but everyone’s in uniform and everything. Customs guy comes in, he’s like, ‘Hello mate.’ Yeah, well, you know, ‘We’re totally sorry,’ you know, ‘Obviously I am actually a pilot, you know, I’m not dressed like one.’”

Dickinson hosts the Youtube Channel together with Oxford University’s Dr. Kev Dutton. Stream the episode on the video below.