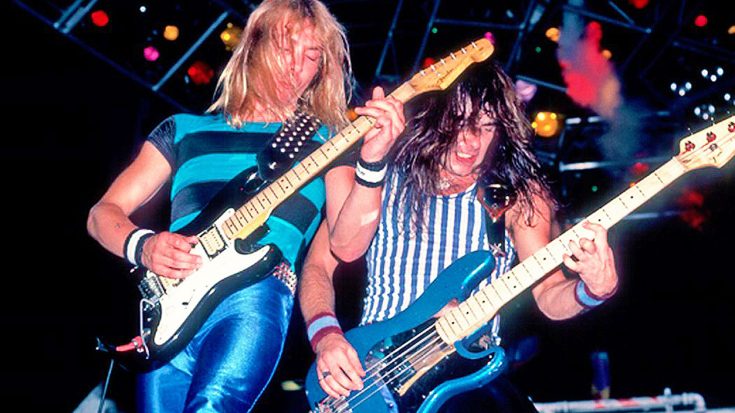 Fans absolutley hate when musicians lip-sync. When an artist decides to lip-sync, they are robbing themselves and their fans of their true talent, and strongly discredit themselves. Over the years there have been many cases of lip-syncing performances gone bad, but none may compare to the disastrous one Iron Maiden did back in 1986.

Iron Maiden were asked to perform on the German TV show P.I.T., but with a catch: the band had to lip-sync! Iron Maiden were not happy about this, at all, and decided to have a little fun during their set, and mess around. Band members made it as obvious as possible that they were lip-syncing and spent the song trading instruments, straying away from the microphones when vocal parts were needed, and were laughing through the whole thing! The drummer leaves his kit, the bassist trades instruments with the guitarist, and everyone gets a shot at “singing” over the vocal track.

Check out the hilarious, juvenile video down below, and prepare to laugh!