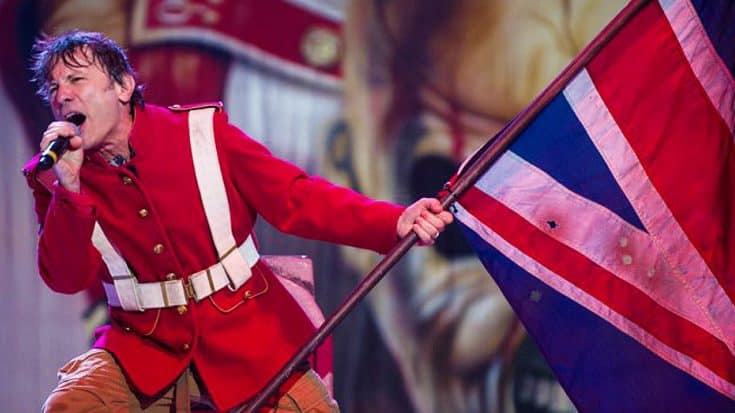 Will the show go on?

Last night, a terrible tragedy occurred in Manchester, England. Following pop star Ariana Grande’s concert at the Manchester Arena, an explosion sounded off in the foyer of the venue, killing 22 people, and injuring many more. It was a senseless terrorist attack which took the lives of parents and children who were just out for a night to enjoy live music.

Another band touring across the pond, is British heavy metal and rock band Iron Maiden. Many rockers have released statements regarding the horrific attacks, with many rescheduling UK or European dates. However, Iron Maiden has decided to press forward with the remaining three dates in their UK tour. They released a statement which basically expressed their deep sadness over the attacks, but they feel the need to press forward for the fans, and to spite the terrorists.

“We are shocked by last night’s terrible events at the Manchester Arena. Our thoughts go out to everyone affected. We can advise fans that our last three U.K. shows in Cardiff and at London’s O2 will proceed as planned.[We will be taking] any extra means to ensure fan safety are being examined with the relevant authorities.“- a statement released by the band read.

“You’ve gotta be grown up about it. But, at the same time, you still need to be able to offer people that hope and send that message out there. They can’t stop … real life just carries on.“- lead singer Bruce Dickinson said.

Carrying after a tragedy, especially of this magnitude, is never easy. Back in 2015, the Foo Fighters cancelled the remainder of their European tour following the attacks on The Bateclan Theater in Paris, France during an Eagles of Death Metal concert.

All victims, and their families, of the attacks in Manchester are in our thoughts and prayers.