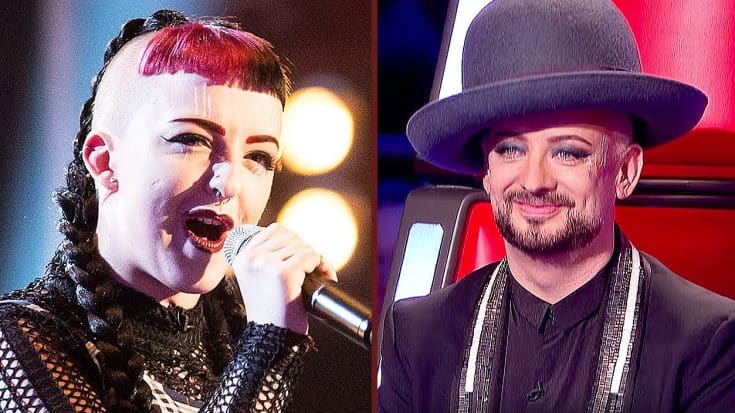 It was just over a year ago now when The Voice UK saw the impeccable singing talents of the lovely Cody Frost. This young lady sang a plethora of amazing covers such as The Chain, Mad World, and the one you’ll see here, Another Brick In The Wall. Rightfully so, Cody’s amazing voice advanced her far in the competition. She may not have won the this season, but she won over the hearts of everyone watching.

The choice to sing Another Brick In The Wall was a wise one.

It goes without saying that this song, as well as anything from Pink Floyd, is undoubtedly one of the most iconic songs in all of rock history. Not just because of the vocal work, but because of the song as a whole. The instrumentation, the dynamics, the meaning, everything!

It’s just one of the best songs in the world!

Cody Frost truly left it all on the stage when she belted out this timeless anthem. Her voice is perfectly suited for this song and her coach Boy George was extremely proud of her amazing performance! See for yourself!