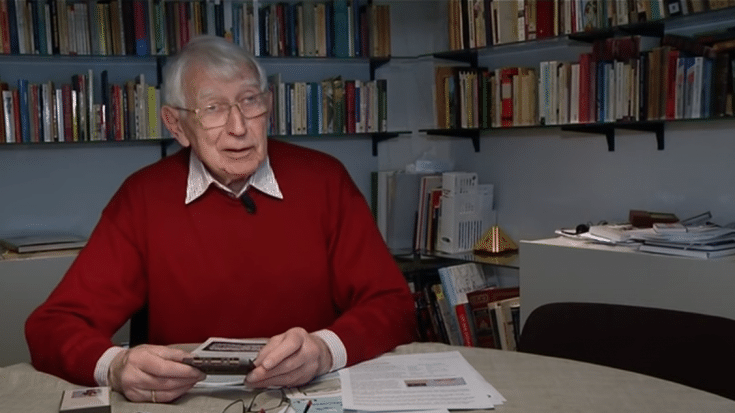 Louis Ottens, Dutch engineer and inventor of the audio cassette tape, has passed away on March 6 at the age of 94. The cause of death remains unknown.

He was a longtime engineer at Philips and as head of the product development department, he led a team that converted bulky tape recorders into a portable one. He wanted to create a tape that could easily fit into his jacket pocket. Three years later, he introduced the cassette tape at an electronics fair in August 1963 with the slogan that said, “Smaller than a pack of cigarettes!”

He told Dutch News that he “got annoyed with the clunky, user-unfriendly reel-to-reel system. It’s that simple.”

Not long after, Japanese electronics companies developed their own version with different sizes but Ottens struck a deal with Sony and Philips and his design became the standard for cassette tapes. It was patented a year later. Since its introduction, cassette tape sales are estimated to be around 100 billion.

Ottens said in the 2011 documentary Cassette: A Documentary Mixtape, “I expected it would be a success, not a revolution.”

When he landed the job as Philips’ director of audio, he again went on to develop compact disc technology and when competitors made their own iteration, Ottens once again made a deal with Sony and Philips to make their design the standard.