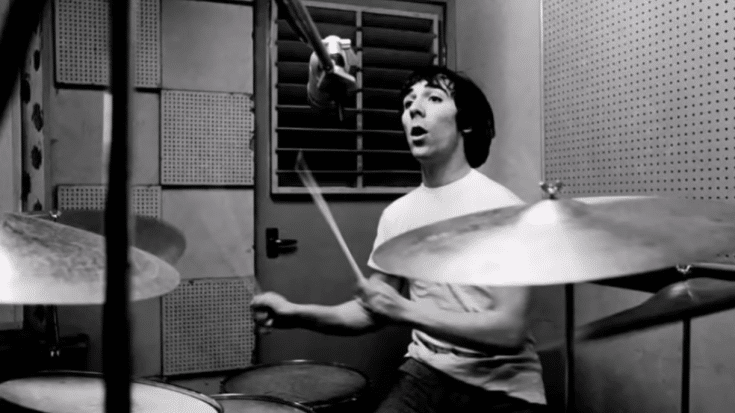 Keith Moon and Ginger Baker are two of the greatest drummers in rock ‘n roll history. Each of them was integral to their band’s sound and at a time when there was no shortage of talented drummers, they both shined. Even decades later, their skills behind the kit remain unmatched.

Keith Moon had an unlimited amount of energy on and off stage. And his drumming exuded raw power. He’s wild, manic, and aggressive and these things combined with his talent and skills make it difficult to duplicate his drumming performances. But it’s also because of such factors that he was, at times, sloppy and all over the place. He was delightful to watch because he knew how to have fun while performing. Even taking out his theatrics and stage antics out of the equation, he’s an exceptional drummer.

Best drumming moments: Won’t Get Fooled Again, A Quick One (While He’s Away), and I Can See For Miles

Ginger Baker never limited himself to rock ‘n roll. For five decades, he played alongside artists from different ends of the music spectrum from avant-garde to jazz musicians. Unlike Moon, however, Baker was undeniably more controlled behind the kit. He played with both power and precision. While Moon wasn’t fond of drum solos, Baker was known for his complex and lightning fast solos. He was an imaginative drummer but his fault lies with sometimes being heavy handed.

In conclusion, Moon and Baker have different styles and approach when it came to playing the drums. They both shone brightest on stage but comparatively speaking, Baker was more technically proficient. Even so, Moon was a whole lot more fun to watch as he didn’t play by the rules. And perhaps one of the biggest differences between the two was how they worked with their bandmates. Whereas Moon and John Entwistle worked well together, Baker and Jack Bruce either tried to one-up each other or ignored each other altogether.

Keith Moon and Ginger Baker heavily influenced the drummers of the ’70s. They will always be remembered as two of the greatest musicians in history.