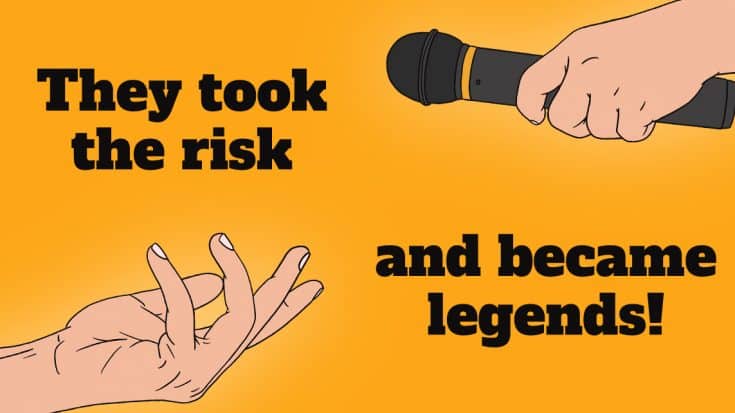 Personnel changes is a risky and nasty business for most bands. Will fans like the new singer? Will the new member work well with the others? Will they have chemistry? Do they have the same creative and musical direction?

Let’s revisit these bands who hired a new singer and became more successful.

When the group was formed, they had Gregg Rolie on lead vocals but it was when they got Steve Perry onboard when Journey broke into mainstream and achieved massive commercial success. From Perry’s golden vocals to the change in their musical direction, they finally found their sound and style. They’ve sold over 48 million records in the US alone.

For the record, we’re not going into whether Peter Gabriel or Phil Collins era is the best. But when Collins took over as the singer, they released what would become their most successful single at the time – Follow You Follow Me. Fans during their early years felt alienated when Genesis decided to release music that was clearly a departure from the sound they were known for. Still, the numbers don’t lie and Collins helped the band survive the transition during the ’80s.

Their original vocalist was Paul Day and they went through several lineup changes and when singer Paul Di’Anno became increasingly self-destructive, they replaced him with Bruce Dickinson and their first album to feature him The Number of the Beast became their first LP to top the UK Albums chart. Their next albums were met with commercial and critical success.

With Bon Scott, AC/DC achieved initial success. They were working on Back in Black when Scott tragically died. Angus and Malcolm Young were ready to quit but their loved ones, particularly Scott’s parents, urged them to continue. They got Brian Johnson as replacement and a few months later, they released their magnum opus Back in Black which became one of the best-selling albums in history with sales of more than 50 million copies worldwide.

Their original lineup featured lead vocalist Donnie Hart then was replaced by rhythm guitarist Terry Glaze. During their early years, they were a glam metal band but come 1986-1987, they slowly gravitated towards thrash metal. In late 1986, Pantera invited 18-year old Phil Anselmo to audition and he immediately got the job. Their first album with Anselmo, Power Metal, showcased a different, more aggressive sound. They overhauled their style with the release of Cowboys from Hell which marked a turning point in their career. It was certified gold in the UK and platinum in the US.

They went through several vocalists and guitarists including Courtney Love until they finally settled with Mike Patton. With Patton, they recorded two of their best-selling albums – The Real Thing which sold more than a million copies in the US and Angel Dust which peaked at #10 on the US Billboard 200.

Their lineup changes are labelled as Mark I, II, III and IV but the most commercially successful one includes Ian Gillan on vocals. They churned out their best albums and singles during this period. The band has sold more than 100 million records worldwide.

A complete departure from their debut album, Days of Future Passed served as their breakthrough with Justin Hayward as the lead singer. The LP became an influential record in progressive rock. It also gave the band the recognition they deserved. It remains an important album from the ’60s.

It was out of sheer necessity that Pink Floyd replaced former leader and vocalist Syd Barrett. With his deteriorating mental health, he became unpredictable and unreliable. So after he left, Roger Waters and David Gilmour traded lead vocal duties. They achieved massive success with the release of The Dark Side of the Moon.

After Small Faces broke up, Ronnie Lane, Kenney Jones, and Ian McLagan teamed up with Rod Stewart and Ronnie Wood. Although their label wanted them to retain their name, the band members disagreed and they compromised by calling themselves Faces.