10 Classic Rock Songs That Instantly Take You To The Countryside 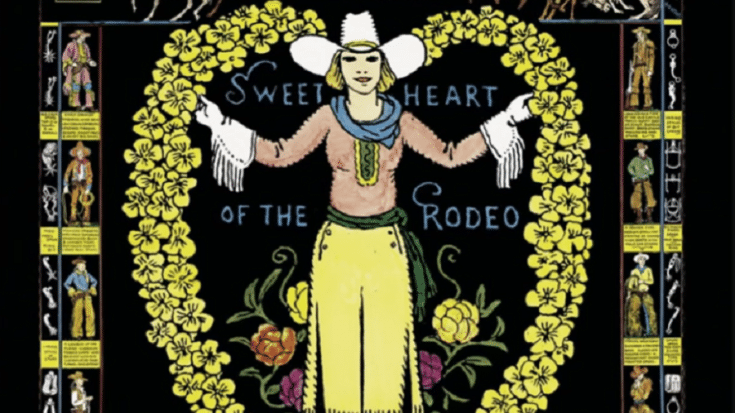 Rock ‘n roll has always had a deep connection with country music and that’s why it was only a matter of time before artists would fuse elements of both into one song. Let’s revisit some of the greatest tracks that offer the best of both worlds:

The lead single from their album Brothers and Sisters, it was written by Dickey Betts and was first developed during the sessions for Eat a Peach. Betts worked on and off for a year but when he wrote the lyrics, he completed it in just twenty minutes. The band was initially reluctant to record the track because it was way too country for them. It was also the first single they recorded without their late leader Duane Allman.

Before the plane crash, Lynyrd Skynyrd performed this live only once. The title doesn’t refer to an actual person but a group of people who lived in Ronnie Van Zant’s neighborhood. And as to the surname, it was Ed King’s idea to name it after the Jewish Loew’s Theatre.

From Neil Young’s 1972 album Harvest, he played it during his concerts before he recorded it in the studio. The recording features backing vocals by James Taylor and Linda Ronstadt. Young came up with this masterpiece after suffering from a back injury which prevented him from using his electric guitar. He passed the time by playing his acoustic guitar instead. Bob Dylan said in a 1985 interview that although he liked Young, he wasn’t a fan of this song because when he listened to it, he told himself: “Shit, that’s me. If it sounds like me, it should as well be me.”

The Byrds – One Hundred Years From Now

One of the finest compositions from country rock pioneer Gram Parsons, it’s featured on The Byrds’ landmark record Sweetheart of the Rodeo. Everything about this is just perfect.

A collaboration between Jackson Browne and Glenn Frey, it’s one of the Eagles’ best known and most enduring songs. It was released as their debut single. Browne initially wrote it but was having difficulty finishing Take It Easy, that’s when Frey offered to help. Browne admitted that “he [Frey] finished it in spectacular fashion. And, what’s more, arranged it in a way that was far superior to what I had written.”

Led Zeppelin switched things up for their final album In Through the Out Door. They explored country territory with Hot Dog. Known mostly for their heavy tunes, this was like a breath of fresh air. This resulted from rehearsals where they played songs from Elvis Presley and Ricky Nelson.

A Rolling Stones original, Gram Parsons convinced Mick Jagger and Keith Richards to let him record the song with The Flying Burrito Brothers a year before the Stones released the track on Sticky Fingers. They were longtime buddies so Jagger and Richards gave him permission to do so.

The lead single from Creedence Clearwater Revival’s third studio album Green River, the title references the town of Lodi in San Joaquin County, California. Written by John Fogerty, he once revealed that he’s never been to that place before he penned this and he only chose Lodi because it had “the coolest sounding name.”

Dubbed as “the first existential country song”, songwriter Jimmy Webb got the idea for the track as he was driving through Washita County where he passed by a solitary telephone lineman. Webb thought, “Look there’s this great soul, and there’s this great aching, and this great loneliness inside this person and we’re all like that. We all have this capacity for these huge feelings.” It topped the charts in several countries and peaked at #3 on the US Billboard Hot 100.

The Band – The Night They Drove Old Dixie Down

Robbie Robertson spent eight months working on the song. The lyrics touched on the American Civil War. In Levon Helm’s memoir This Wheel’s on Fire, he recalled: “Robbie and I worked on ‘The Night They Drove Old Dixie Down’ up in Woodstock.” The pair then went to the library “so he [Robertson] could research the history and geography of the era and make General Robert E. Lee come out with all due respect.”