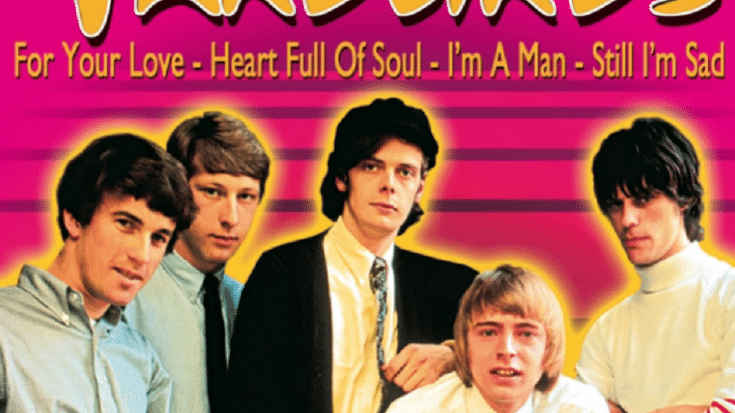 The Yardbirds are often remembered as the launching pad of guitar gods Eric Clapton, Jeff Beck, and Jimmy Page but the band was so much more than that. They broke new sonic grounds with their songs particularly Shapes of Things which they released on February 25, 1966. They essentially ushered in the psychedelic era which would dominate the airwaves in the months to come – a subgenre that attracted musicians from Jimi Hendrix to The Beatles.

There are songs that predated psychedelic rock but Shapes of Things is widely considered as the first popular psychedelic rock song. While others were still testing the waters, the Yardbirds plunged headlong into it. Recorded in three different studios in the US, it was their first original composition that became a chart hit.

Jeff Beck’s use of feedback for his guitar solo was deemed groundbreaking and influenced the likes of Hendrix and Paul McCartney. At the time, the Yardbirds were heavy on experimenting with their sound. Drummer Jim McCarty recalled, “We started with the rhythm, we used a bass riff that came from a jazz record, got a groove going with that and then added a few other bits from elsewhere, other ideas that we’d had.”

He added that “it was a great success for us, it was a good hit record that wasn’t really selling out. And it was original.”

All things considered, Shapes of Things was a watershed moment for the rock act and it was proof that they could do more than just cover versions. As for Beck, he revealed that “It was all spur of the moment.” It also took a while for Beck to nail down the solo because he was dissatisfied with the results of his first few takes. He said, “The solo on “Shapes of Things” was pretty honest up until that feedback note that comes in over it.” And when he finally pulled it off, everyone in the studio went wild.

Shapes of Things peaked at #11 on the US Billboard Hot 100 and became one of their best known songs.