10 Classic Rock Songs That Instantly Take You Back To 1969 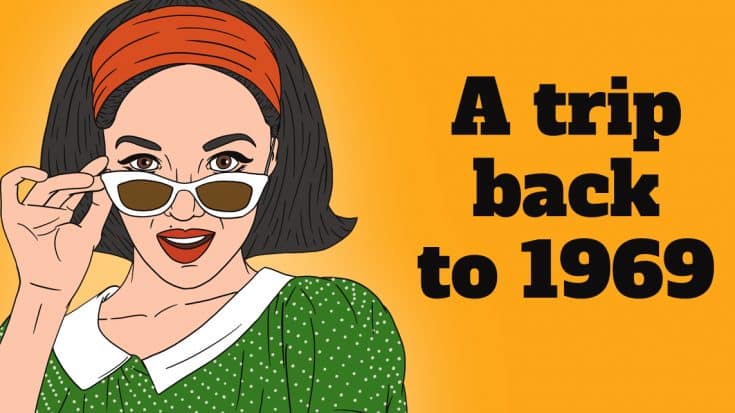 As far as releases go, 1969 was undeniably spectacular. The year saw the emergence of new bands and so there was no shortage of great music on the airwaves. From ballads to blues rock, there was variety. It was absolute haven for every classic rock fan. Let’s revisit these songs that make us nostalgic:

Led Zeppelin dropped their first two albums in 1969 and although critics weren’t too impressed with the group, they gained massive following especially as they hit the road in support of their records. Their second album opened with Whole Lotta Love which became one of their best known songs. It’s often voted as having one of the greatest guitar riffs of all time.

They were at the peak of their popularity but for Sly Stone, he was rather disappointed that people weren’t to the messages they were trying to impart in their songs. Thus, he wrote this. The lyrics also referenced their previous hits and the spelling is a play on “Thank you for letting me be myself again.”

Stephen Stills wrote this for his then-girlfriend Judy Collins and their imminent breakup. Stills explained that the song “started out as a long narrative poem about my relationship with Judy Collins.” And while he had the words, he also “had a hell of a time getting the music to fit.” It became one of their most popular tracks as it showcased their impeccable harmonies.

A single from Bayou Country, it was a major hit for Creedence Clearwater Revival. The song came together after John Fogerty was discharged from the National Guard. He recalled, “By the time I hit ‘Rolling, rolling, rolling on the river,’ I knew I had written my best song. It vibrated inside me.”

The opening track to Let It Bleed, it didn’t chart but it achieved classic status. Written by Mick Jagger and Keith Richards, Jagger told Rolling Stone that it’s “a kind of end-of-the-world song, really. It’s apocalypse.” It touched on the social and political unrest including the Vietnam War.

The Beatles – Come Together

The lead song on Abbey Road, John Lennon initially wrote it for the political campaign of Timothy Leary but when he went to jail for cannabis possession, The Beatles recorded it for their album. Lennon recalled that he “just said, ‘Look, I’ve got no arrangement for you, but you know how I want it.’” He also told them, “Give me something funky.” And that’s what they did.

Although Joni Mitchell wrote it, it was originally recorded by Judy Collins in 1968 and Mitchell released her version the following year. She penned this while on a plane and reading Saul Bellow’s novel Henderson the Rain King.

The Who – Pinball Wizard

Written by Pete Townshend for their ambitious and epic rock opera Tommy, he had in mind the rock critic Nik Cohn who was going to review their project. He then wrote Pinball Wizard after he found out that Cohn was a fan of pinball machines.

Elvis Presley’s last #1 single, it was almost never recorded. It was written by Mark James and produced by Chips Moman. Like most of his songs, Presley’s management wanted half of the publishing rights but Moman refused and even threatened them to stop the recording session. RCA’s Harry Jenkins eventually agreed with Moman because he knew it was going to be a hit.

Norman Greenbaum – Spirit In The Sky

Written by Norman Greenbaum is just fifteen minutes, he revealed that he got the inspiration for the song after watching country music singer Porter Wagoner on TV singing a gospel song. Although he knew nothing about gospel songs, he found it fairly easy to write. It became a gold record.