Despite Band Drama, Fleetwood Mac Find It In Themselves To Dazzle Thousands With “Dreams” 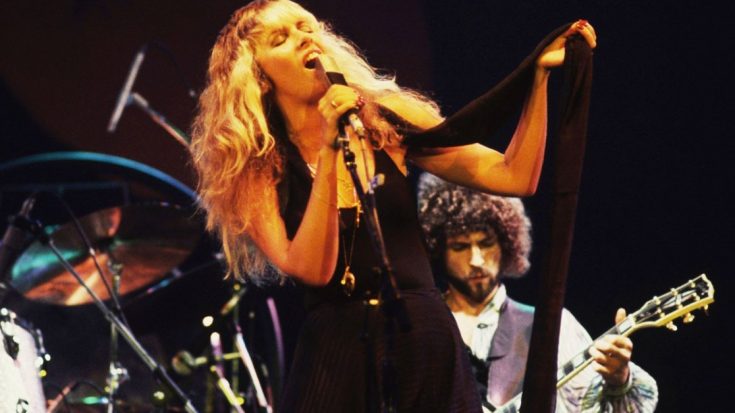 For Now, Only The Music Matters

For fans of rock icons Fleetwood Mac, it’s a well known fact that the drama and turmoil that colored the relationships of band members Stevie Nicks, Lindsey Buckingham, Christine and John McVie and Mick Fleetwood played a huge role in the making of the band’s breakthrough album Rumours, the tension more often than not bleeding through into acid laced lyrics. Yet for all of the turmoil going on behind the scenes, Fleetwood Mac as a whole was never more of a unified front than when they hit the stage together, the drama occurring just moments before they stepped out onstage forgotten if only for an hour or so but leaving just enough time and space for the band to dazzle thousands across the world with songs like “Dreams,” the band’s biggest hit to date.

Fun Fact: “Dreams” is the only U.S. No. 1 hit for the group where it sold over a million copies.

Performances like the one you’re about to see are among some of our favorite moments in Fleetwood Mac history because not only is it a glimpse into the early days of one of the most influential rock bands in history, it’s a powerful statement as to what a band of their caliber can do despite the myriad of factors threatening to tear them apart.

Stevie Nicks is never more confident as when she’s commanding the stage from the comfort of her spot next to Lindsey Buckingham, her bandmates Christine, John and Mick knowing exactly when to pull back for “Dreams” and when to really open the throttle and making the entire 4 minute performance look as easy as breathing and it’s hard to imagine that this incredibly tight unit of world class musicians and songwriters are anything but the best of friends, but if you look closely and know what, exactly, to look for, you can see frayed nerves and hurt feelings coming to the forefront to help create one tremendous performance.