In The Face Of Tragedy, Paul McCartney Brings Hope And Healing To 9/11 Memorial With ‘Let It Be’ 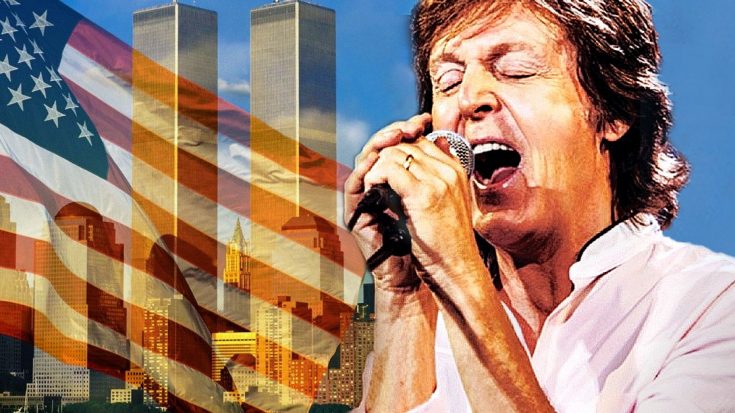 As the days rolled on in the days, weeks, and months after the tragic events of 9/11, we saw the best that humanity had to offer in the face of abject horror when we became a nation fiercely united and saw our friends around the world rallying around us, holding us up and reminding us that an attack on the United States was an attack on everything good, decent people everywhere love and hold dear. They may not have been able return to us all that we lost that September day, but in the case of rock legend Paul McCartney, they did something even more important: they brought us hope and healing when we so desperately needed it.

Just weeks after 9/11, Paul McCartney brought his message of hope, healing, and friendship to a nation in need when he organized the Concert for New York, closing out the star studded 9/11 memorial with a moving rendition of The Beatles’ 1970 classic “Let It Be” and dazzling a packed audience armed with white candles and the spirit of a nation that was down but never, never out.

Rock music by its very nature is a unifying force, knowing no color or creed – just that it exists to make us feel good and be there for us through the good, the bad, and the horrific – and Paul’s gracious offering of “Let It Be” is no different. On the 15th anniversary of one of the darkest days we’ve ever known, we’re reminded of Paul’s performance for a nation standing shoulder to shoulder, spinning darkness into light and shoring each other up for the long – but not impossible – road ahead. Check it out in the video below and join us in saying a prayer for those we lost both that day and in the 15 years since in the fierce, relentless pursuit of those who sought (and failed) to destroy our way of life.