‘I’m Sorry To Tell You…’: Paul Simon Halts THIS 1969 Classic To Reveal Heartbreaking News To Fans 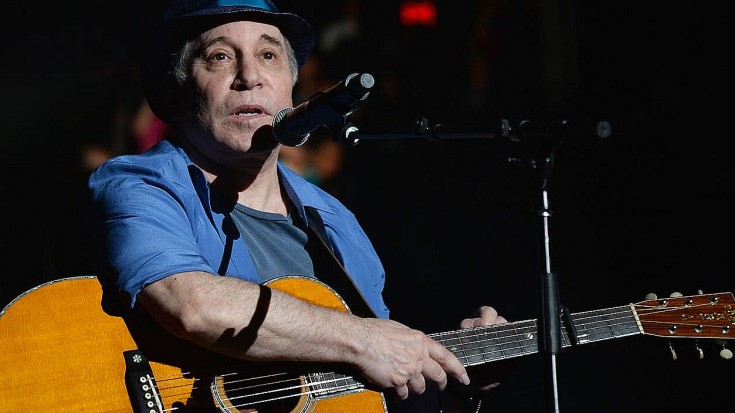 One of the hardest things in the world for a performer to do is keep their emotions in check during a performance – especially if like singer-songwriter Paul Simon, they received tragic news while onstage. The world was rocked last Friday night at news of the death of boxing legend Muhammad Ali, who died at age 74 after a decades long battle with Parkinson’s disease and with the late hour of his passing, the news rolled in as many – much like Paul Simon – were onstage and in the middle of concerts. Simon received the news during an already emotionally charged take on the 1969 classic “The Boxer,” and mid-way through the song actually stopped the show inform the crowd of Ali’s passing.

“I’m sorry to tell you this way, but Muhammad Ali has passed away.”

Too stunned to do anything other than gasp, the crowd’s grief turned into a moment of quiet remembrance as Simon jumped back into “The Boxer” and finished the song with lyrics that somehow fit the loss of such a larger than life human being perfectly:

What an emotionally charged evening. Kudos to Paul for taking time out of his performance to pay such a gracious, warm tribute to “The Greatest”. If you missed it the first time around, never fear: you can see the moment as it happened in the video below.