You’ll Never Guess What Musical Project Axl Rose Wants To Work On Next! 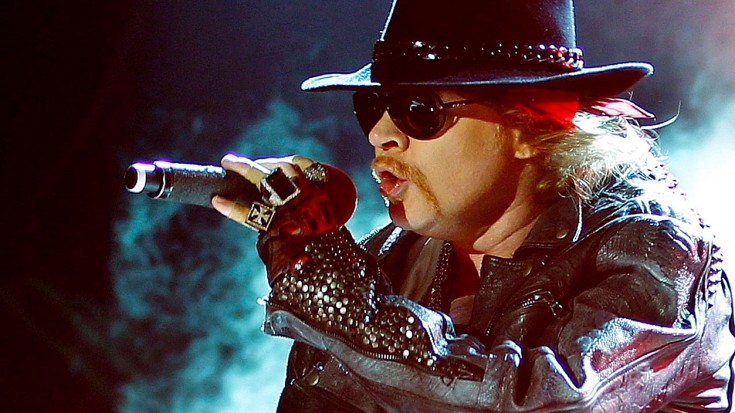 From The Screen To Your Stereo

Axl Rose is currently one of the busiest men in rock. He’s staying out of trouble, crusading against internet memes, and pulling double duty as lead singer for both AC/DC and his own Guns N’ Roses, getting ready to embark on his first tour with newly reunited bandmates Slash and Duff McKagan for the first time in decades just days after the European leg of AC/DC’s Rock Or Bust Tour wraps next week – but according to a recent interview with fans at the China Exchange in London this week, there’s one thing missing.

Known for being a little quirky and wildly creative, the 54-year-old singer revealed that he’s always wanted to work on a film soundtrack, far beyond just having his band’s music featured here and there.

The revelation came as a surprise to fans, especially when Axl said something that shed light on his indifference towards Guns N’ Roses for several years:

“I was more interested in that than staying in Guns N’ Roses.”

Now, Axl’s musical talent runs far beyond what many think he’s capable of, which makes the prospect of a Rose-composed film soundtrack incredibly interesting and if  we’re to be completely honest, something we’d love to hear one day. Axl’s got a pretty full plate for at least the next 6 to 8 months, but as far as he’s concerned there’s still a very real chance that he could be focusing his attention on composing a film soundtrack in the near future.

That being said…we wonder if he’s got a director in mind that he’d love to work with. Cameron Crowe, anyone?