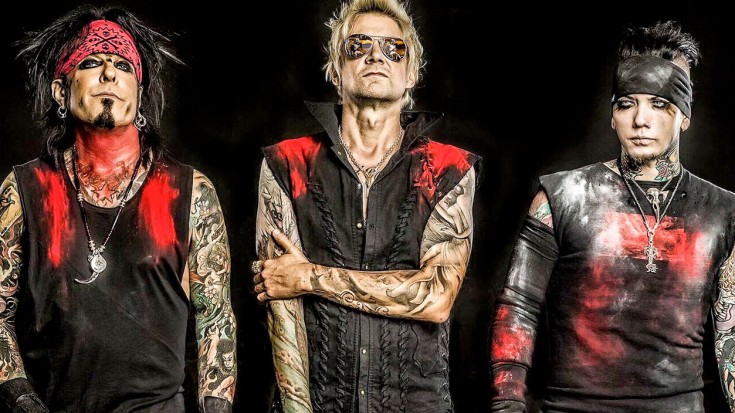 Sixx Salutes His Past While Welcoming His Future

Mötley Crüe’s split after 34 years came as a surprise to no one, especially those who have followed bassist Nikki Sixx and his side project turned labor of love SIXX:A.M. since they burst onto the scene in 2007. Supported by the talents of former Guns N’ Roses guitarist DJ Ashba and singer-songwriter James Michael, Nikki seems infinitely happier with SIXX:A.M. and like his love for music has been revived after years of going through the motions in Mötley Crüe – but despite the drama and his solemn vow to never perform a Mötley Crüe song with SIXX:A.M., he’s still got a soft spot for the old days as evidenced by SIXX:A.M.’s cover of “Live Wire”.

The lead single from Mötley Crüe’s 1981 debut album Too Fast For Love, the normally fast paced and almost thrash metal influenced “Live Wire” gets a slow, haunting acoustic update during a visit to the French radio show La Bande Originale de Nagui in promotion of SIXX:A.M.’s new album Prayers For The Damned, Vol.1. While it sounds nothing like the original and features backup singers and singer James Michael’s soaring vocals instead of the high octane vocals we’re used to hearing from Vince Neil or the screeching guitar work of Mick Mars, that’s the point; sure, Nikki’s moved on from Mötley Crüe, but there’s nothing like paying tribute to where you started as you get ready to embark on your next big adventure.

Compare it to the original below and don’t forget to let us know what you think!