Iggy Pop Has A Very Important Advice To New Artists 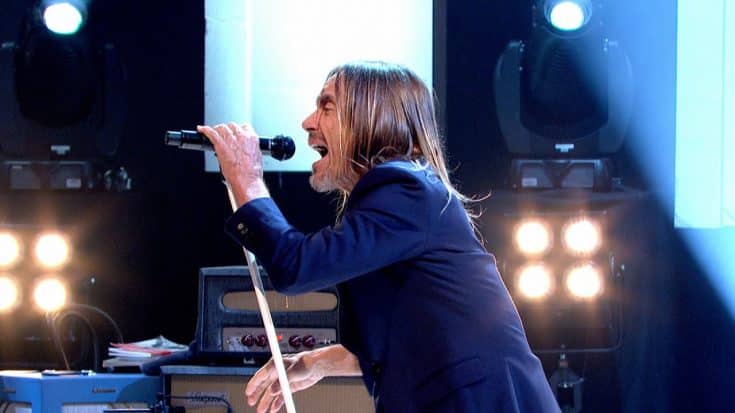 Iggy Pop has never drawn back from a single challenge throughout his career, and this kind of attitude has been crucial to his success. The former vocalist of The Stooges has always taken risks, and at 75, his antics on stage seem to defy physics.

Iggy has forgotten more about the music business after 50 years in the business than most musicians have ever learned. He has experienced many ups and downs over the years, but the seasoned vocalist has shown that he is a tough guy to control.

Iggy has consistently discovered a way to overcome hardship. He started down a catastrophic path and faced the end of his career after The Stooges broke up in 1971. Fortunately, David Bowie showed up as his knight in shining armor and flew Iggy to Berlin in 1976, saving his life. In a 1990 interview, Iggy Pop said:

“Well put it this way, before I made that record (The Idiot), I was a street person in LA basically. I’d been kind of stymied by the entire music business and a really disastrous manager in general, drug problems and drinking, general carousing. So at the time, I could have put together a stock-rock band, something glam, something tasteless, but I didn’t want to do that.”

Iggy is still living in the fast lane, contrary to most rock musicians his age, and the frontman has never been interested in taking the easy way out. In 2017, Iggy shared the motto he lives by:

“‘Get out of bed and confront life!’ That’s still the case now. You have to challenge yourself. You have to develop. So I’m always ready to jump into the fire with anybody I think is good, and I think that’s the best thing that happens to anybody.”

Iggy thinks that every aspiring artist should be courageous and not worry about being rejected. Risk-taking has been an important aspect of his journey, and most likely, any artist who has attained greatness has avoided the simple solution. He also reiterated it in one of his interviews saying:

“As a young artist, you throw yourself into all sorts of insecure situations, and that’s how you grow, through the import of other people and through failure and rejection. You get together with other musicians. You can conceal your insecurity when you work with other people.”

Iggy Pop’s success today is not just attributable to luck, talent, or his willingness to put himself in challenging situations. Without this way of thinking, Iggy would not have reached the amazing heights he has, and even now, he still gets his energy from the uncertainty.