If You Haven’t Heard Lemmy Kilmister’s Acoustic Spin On “Ace Of Spades,” You’re Missin’ Out 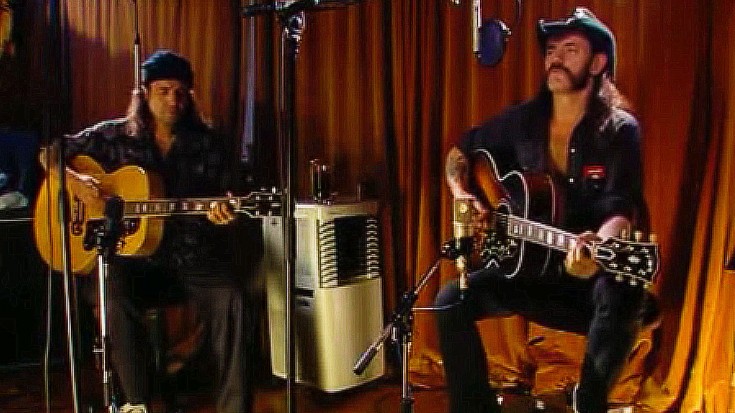 Born To Lose, Live To Win

Motörhead’s fast and furious ‘Ace Of Spades’ was written in 1980 and featured on the band’s 4th album Ace Of Spades. Known for late frontman Lemmy Kilmister’s gravelly, almost barked vocals, ‘Ace Of Spades’ received a new lease on life when together with Motörhead guitarist Phil Campbell, Lemmy delivered a slow, blues-tinged acoustic rendition that channels the spirit of all things rock and roll with a little bit of Robert Johnson’s ‘Cross Road Blues’ thrown in for flavor. I’m a lifelong Motörhead fan and I’ve heard ‘Ace Of Spades’ performed a million and one ways – yet somehow, this is my favorite.

It’s Lemmy’s harmonica playing that really makes this rendition of ‘Ace Of Spades’ something special; something equal parts Delta blues and that sound that’s uniquely Motörhead, the harmonica adds a level of soul to this Motörhead classic that I never knew it needed. Not surprising, however, considering Lemmy was a lifelong blues fan and often said, “The blues is the music that fired up rock’n’roll and is the music that I naturally return to when I’m sick of everything else.”

All told, it goes without saying that this rendition of ‘Ace Of Spades’ is a pretty fitting send-off for one of rock’s biggest and most loved legends.