Who’s Going To Get In To The Hall Of Fame In 2018?—Here Are Our Predictions…. 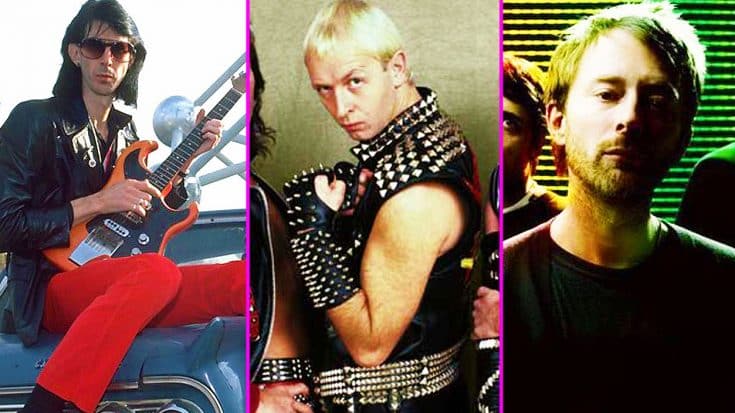 Who will get in?

Okay, we know the Rock and Roll Hall of Fame induction ceremony took place last weekend, and voting for next year’s class won’t commence until later this year, but it’s never too early to start pondering who will get inducted next year. This year’s class was filled with artists who waited a long time to get in, along with some first ballot nominees. Because this year was so crowded, a few bands will be shoe ins for next year, while we’ll also have some newcomers who are guaranteed to get in in their first year of eligibility.

So without further ado, here are out way too early predictions for the 2018 Rock and Roll Hall of Fame class!

Next year will be the first year of eligibility for the Thom Yorke fronted English rock band, and you can almost guarantee they will get in. Their breakout hit “Creep” off of their 1992 debut album Pablo Honey, skyrocketed their career. They followed that up with chart topping albums like The Bend and OK Computer. They recently released their ninth LP last year called A Moon Shaped Pool.

There’s no doubt in my mind that Radiohead gets in next year. They’re too good, and too influential, to keep waiting.

It’s about time heavy metal gets some recognition in the Rock Hall. The fact that Judas Priest have not been enshrined in Cleveland yet is pretty disappointing. Not only did Judas Priest leave a lasting impact with their music, but they also left a major impact socially as well. Rob Halford coming out was a major turning point in music history. It showed that everyone could be accepted and appreciated in the heavy metal world, no matter who they were.

“Painkiller,” “Victims of Changes,” “Living After Midnight,” “Breaking the Law”…. These are only a few of some of the major hits they had throughout their career. This year will be Judas Priest’s 18th year of eligibility. It’s about time they deserve some respect!

3. Rage Against the Machine

There’s no way Rage Against the Machine will be forced to wait to be enshrined in the Hall. Next year is their first year of eligibility, and they are a textbook first ballot inductee. You can’t really blame them, however. The funk rock quartet deserves to be there, and here’s why: they found the formula to seamlessly combine hip-hop and metal, their lyrics preached political and social issues that have continuously been able to remain relevant, and (I really hate to bring politics into this, but…) people want to see them reunite at some point during this political and social-era and inducting them into the Rock Hall would give a great excuse for them to do it.

Rage defied everything about the traditional rock band. They stirred controversy (not always for the right reasons), and never backed down from what they believed in. No doubt you’ll see Rage on that stage next year!

A major snub for this year’s festivities. Steppenwolf‘s time should come next year, as they just missed out this year. The Canadian rockers who are best known for their hit “Born to Be Wild” were one of the earliest bands to crank out that heavy sound. One major aspect that’s hurting them the most, is time. The band’s original core lineup only stuck together for 4 short years, before clashing personalities took over and they disbanded. Makeshift lineups scattered stages across the year’s but it was never the same. However, in the 4 short years the lineup stuck together, they had 3 hits crack the top 10.

We believe this is enough to put them in the Hall next go around!

This was everyone’s biggest snub this year. How did the Cars get passed up this year? Simple: this year’s class was too packed. Therefore, the geeky band that defied all odds and landed super models will have to wait one more year before they get their moment, and next year you can almost count they’ll get the recognition they rightfully deserve. One positive is that they recieved 150,00 fan votes this year, which is a lot and very promising. But we’re confident that one day they will be up there on that stage getting their moment sooner rather than later! Their resume is too strong for them not to be honored!

Expect to see the Cars gracing the stage next year!