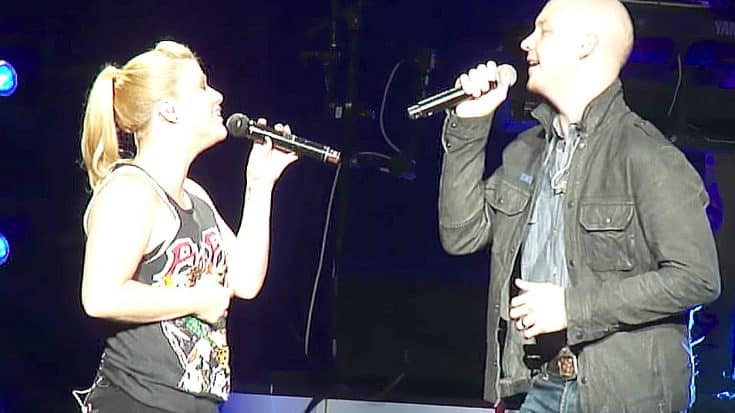 In 2012, what began as a fun little duet of “The Christmas Song” at a Chicago radio festival ultimately sparked one of the hottest tours of the season as The Fray hit the road with Kelly Clarkson for a 30-date romp across the United States in support of The Fray’s third studio album Scars & Stories and Clarkson’s own Stronger. An action packed summer tour that found The Fray and Clarkson rocking outdoor amphitheatres across the country, the 2012 Summer Tour was also the scene of some of our favorite musical moments in recent memory – namely the powerhouse “Don’t You Wanna Stay” duet between Kelly and Fray frontman Isaac Slade, a 4-minute game of push and pull between two of music’s most respected voices.

Fun Fact: The Fray and Kelly Clarkson’s 2012 Summer Tour was sparked by a previous collaboration together at “Miracle on State Street”, a radio festival by WTMX in Chicago. Illinois.

Originally featured on country star Jason Aldean’s 2010 album My Kinda Party as a duet with Clarkson, “Don’t You Wanna Stay” takes on a smoky, rock tinged sound reminiscent of the power ballads of legend as Slade and Clarkson tackle the difficulty that comes with finding and maintaining love, each one knowing exactly when to pull back to let the other shine and when to open the throttle for their own moment in the sun. With summer hot on our heels, the season just wouldn’t be complete without a sweltering performance like this or the fiercely talented pair that tackled it – so grab a glass of something cold and enjoy!