Friends Band Together To Cover “Hotel California” And What They End Up With Is Stunning.. 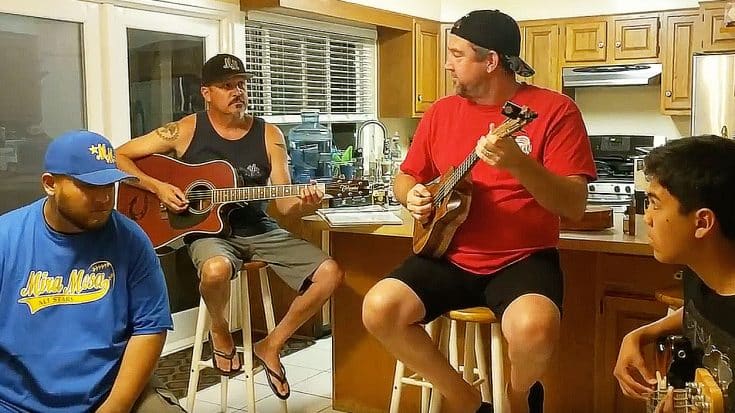 These Boys Knock It Outta The Park!

When you think about some of the most covered rock songs in history, there are quite a few that come to mind. Songs such as Stairway To Heaven, Dream On, Sweet Child O’ Mine, and many others. However, there is one song that, at least in my opinion, is probably THE most covered song in rock history, and that song is Hotel California by The Eagles.

It’s not exactly hard to see why either. It goes without saying that this song is undoubtably one of the all-time greatest rock compositions of all time.

I wouldn’t even know where to begin to describe how amazing this song is. The guitar work, the lyrics, the structure. There’s just nothing wrong with it, it’s simply perfect, if you ask me.

So it’s easy to see why it’s been covered so many times. The song just turned 40 years this year and it is still one of the most powerful and amazing songs in all of rock music. And what’s even better is what these four fine musicians do with this song. They band together to perform a cover that might just leave you speechless. Don’t believe me? See for yourself!