If This ‘Guardians Of The Galaxy’ Scene Doesn’t Make You Cry This Father’s Day, You’re Not Human 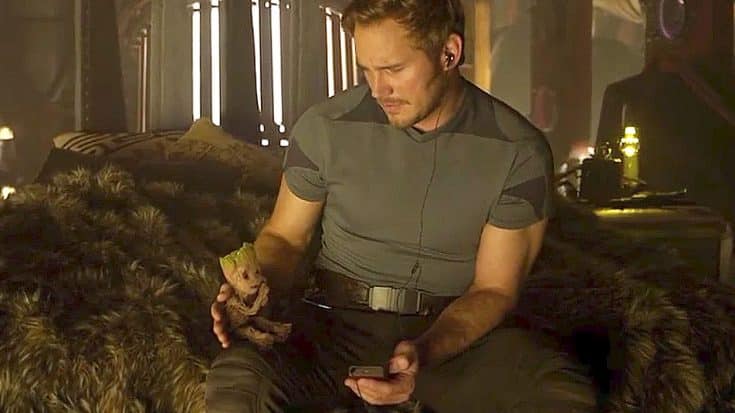 Get Your Tissues Ready

Thanks to director James Gunn, I will never again think of Father’s Day without also thinking of superheroes and Cat Stevens.

Sounds crazy, sure, but bear with me – I’m going somewhere with this, I promise.

Released in 2017, Gunn’s box office monster Guardians of the Galaxy Vol.2 finds the galaxy’s ragtag band of superheroes together once again, led by fearless leader Peter Quill. What begins as a fiercely funny, action packed tale of adventure and mischief turns into something far more profound as Quill suddenly finds himself trying to reconcile his identity as a man who never knew his father against his identity as a lost child of the stars, who built a patchwork family out of friends and adversaries he’s met along the way.

It’s not until Yondu, Quill’s surrogate father, sacrifices himself to save Peter’s life that Quill realizes that family isn’t always blood.

As he mourns Yondu’s death, Quill is seen quietly flipping through his iPod when a Cat Stevens song catches his eye – “Father and Son” from Stevens’ 1970 album Tea for the Tillerman. Written as an exchange between a father who doesn’t understand his son’s desire to break away and create his own life and his son who knows that it’s time to go seek his own destiny, “Father and Son” beautifully ties together Quill’s story as a son looking for his place in the world and now, much like Yondu, an accidental, albeit dedicated, father figure to the friends he’s chosen to protect, defend, and love unconditionally.

Father’s Day isn’t just a celebration of the men who helped make us.

It’s a celebration of the Yondus of the world – the uncles, big brothers, stepdads, grandpas and family friends who stepped up and guided us, loved us, picked us up and dusted us off when life and the occasional bully (or sibling) knocked us down. Who selflessly invested in us; not just with money, but with themselves, even if it meant one day having to let us go to seek our destinies, hoping like hell that they taught us everything we needed to know to survive on our own but ready to drop everything at a moment’s notice to do battle on our behalf.

Make sure you give one of those fellas a call today and tell ’em you love them.