Steven Tyler’s Kids Are All Grown Up, And We’ve Never Seen A More Gorgeous Bunch Of People 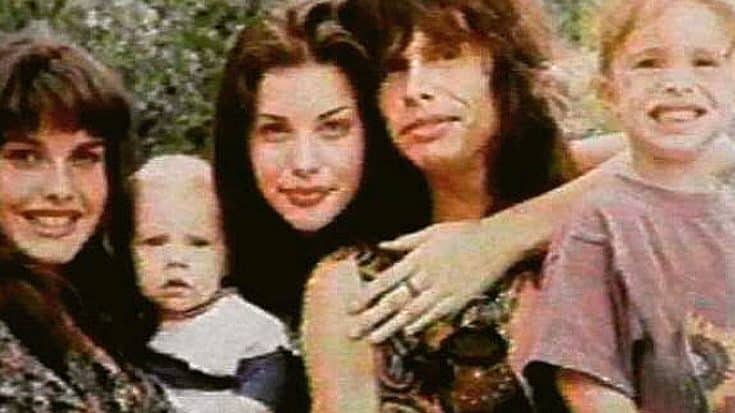 The Tyler Family Does Father’s Day

Of all the job titles Steven Tyler has had throughout the years – rockstar, country singer, actor, philanthropist – our favorite has to be “dad”.

The 70-year-old rock legend became a father for the first time in 1977 when eldest daughter Liv was born. Daughter Mia followed a year later in late 1978 during his marriage to late model Cyrinda Foxe, and it would be another decade before children Chelsea and Taj rounded out the bunch, giving Steven four gorgeous children who, much like their dad, have proven to be just as kind and awesome as their old man.

Yesterday was Father’s Day, and while you’d expect to see tributes from Steven’s children, it was actually Steven that paid tribute to them instead! He shared a sweet throwback of the Tyler clan at a red carpet event, calling them “the greatest songs he ever wrote”:

THE ((GREATEST)) SONGS I EVER WROTE‼️??♥️?? #HAPPYFATHERSDAY TO ME AND TO YOU‼️

“The ((greatest)) songs I ever wrote!” Tyler gushed, wishing himself and the rest of the dads around the world a happy Father’s Day.

But never fear – the Tyler kids celebrated Father’s Day in their own way, with Chelsea Tyler taking to Instagram to share a throwback photo of her own. Wishing her dad a happy Father’s Day, Chelsea is seen kissing Steven on the cheek as they both rock some seriously sweet facepaint:

And, what Father’s Day would be complete without some seriously adorable photos of Steven with his kids? Check them out!

Flash back to that time I had no tattoos and no eyebrows but lots and lots of love for my pops. Thanks to the purpliest pie man @markohudson & his magical gypsy queen @boonetta for sending me this blast from the flash past!

Back in the day buffet ✨ #tbt

Happy Father’s Day to the coolest dad in rock and roll – we hope you had a great one, Steven!