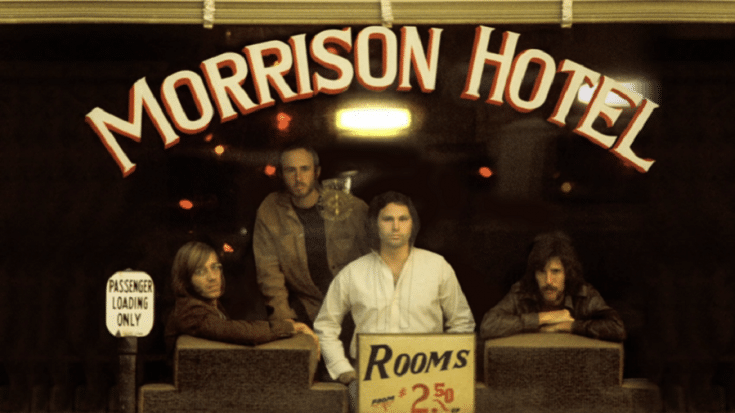 In a new interview with Uncut, The Doors guitarist Robby Krieger talked about the making of their fifth studio album “Morrison Hotel”. It was a challenging time for the band, to say the least. There were troubles left and right, including a legal problem involving frontman Jim Morrison who was facing a possible 10-year jail sentence.

Guitarist Robby Krieger recalled that despite the issues they were facing, “most of it was really fun.” He added that “We still didn’t think of it as work. It could be long hours and some of it was boring – getting the right sound from the snare drum for four hours – but once we started playing it was always fun. We were a pretty odd lot, but when you put us all together it made sense.”

1969 was pretty rough for The Doors. In March, Morrison faced public indecency charges and just before they began their sessions for Morrison Hotel, their unpredictable lead singer was arrested while drunk on a plane.

Surprisingly, everything still worked out. The album peaked at #4 on the US Billboard 200.

Speaking about the opener “Roadhouse Blues”, Krieger revealed: “I loved hearing that stuff again. That wasn’t something Jim did all the time, but it helped us to get the feel he was after and it’s a great reminder of what we were like in the studio for that album. I know that at the back of his mind he would have been worried about going to jail, but he wasn’t going to let it get in the way. Jim was always in the moment no matter what he was doing.”