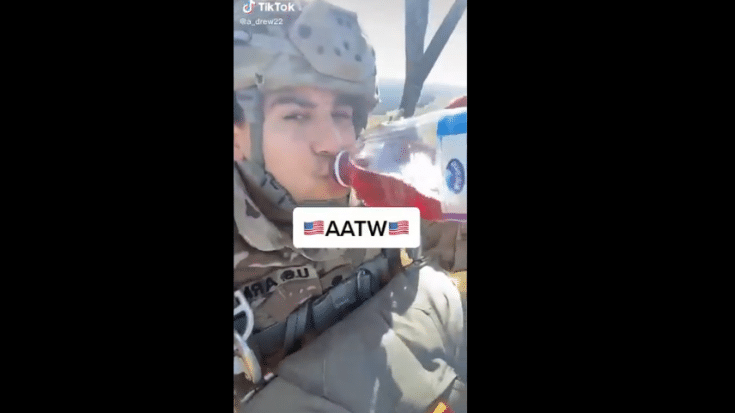 And He Is Currently Being Investigated

Nathan Apodaca became an instant superstar after he uploaded his TikTok video last Month and it went viral, garnering millions of views. In case you’re living under a rock, Apodaca filmed himself skateboarding down the road, drinking from a large bottle of Ocean Spray cran-raspberry juice, and singing along to Fleetwood Mac’s classic hit “Dreams”. That got so much attention that the song experienced a resurgence in popularity and the band’s magnum opus “Rumours” went back to the charts.

And of course, it spawned the “Dreams” challenge wherein Apodaca’s video is recreated by other TikTok users. Mick Fleetwood’s one of the first to do it, followed by Stevie Nicks and Lindsey Buckingham.

And now, a US Army soldier has shared his take on the viral video. During a daytime parachute jump, he drinks the juice and sings along to “Dreams”. He even shows his spectacular view.

(h/t to @mosbren who is a 5-star military tiktok sleuth) pic.twitter.com/NCMgjr7S7F

However, it got mixed reactions. Former acting secretary of the U.S. Army Patrick Murphy called it “awesome” but spokesman for the 18th Airborne Corps Col. Joe Buccino said, “We’re looking into the matter to try to see what unit he may belong to, does the unit have a specific policy (related to safety), and was it violated. There is an airborne (standard operating procedure), but also unit-specific (standard operating procedures).”