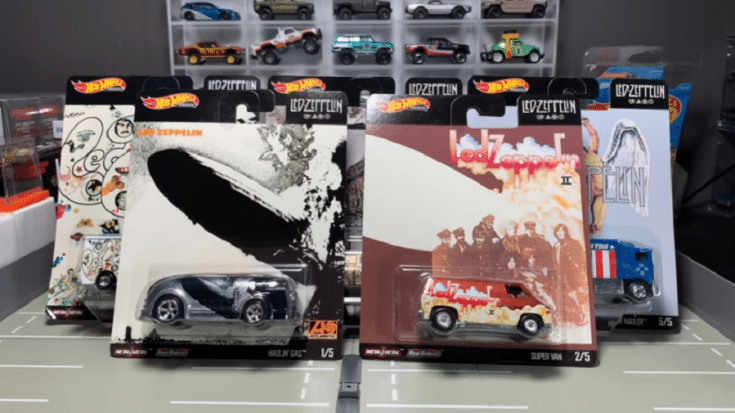 Rock deities Led Zeppelin will be getting their very own line of Hot Wheels. There are five collectible die-cast 1:64 scale models with designs that represent the band’s stunning five-decade career. Each car depicts an album and era.

It’s set for release later this month but you can already pre-order today. This isn’t the first Hot Wheels collection to feature a legendary rock group – they previously gave The Beatles and Grateful Dead similar treatment so this one for Led Zeppelin is a welcome addition for both music lovers and Hot Wheels collectors.

A few days ago, Robert Plant was photographed at the Nashville airport hanging out with Black Sabbath guitarist Tony Iommi. Plant recently revealed plans for a possible third album with his backing band Sensational Space Shifters.