Hockey Player Trades In Stick For Guitar, And Shreds Insane Solo That Leaves The Crowd Speechless! 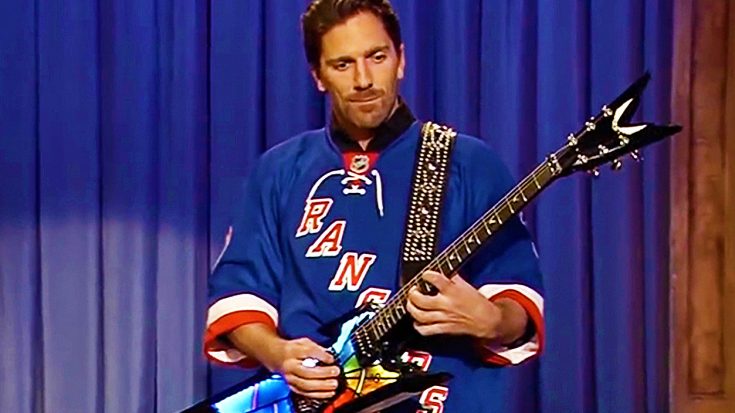 Maybe he should trade his jersey in and become a rockstar!

During their offseason, athletes have a ton of time to adapt a hobby. Some guys like to fish, some like to travel and there are others that take up an instrument in their down time. In fact some athletes will even begin bands together as a side hobby!

Not a lot of people know, but New York Rangers goalie Henrik Lundqvist is a pretty damn good guitarist! He dropped by Jimmy Fallon’s show, and showed off his skills by shredding the opening riff of Guns N’ Roses’ classic “Sweet Child O’ Mine. Henrik’s playing sounds spot on to the original, and he’s playing a pretty badass guitar which looks to be a Beastie Rich.

This is awesome because it’s so simple! Henrik just struts out there, jersey and all, and begins to play one of the best riffs in rock history. Everyone in the crowd is completely shocked and stunned that he was there in the first place, and can play the guitar so well!