His “SRV” Dedication To Stevie Ray Vaughan Will Blow You Away 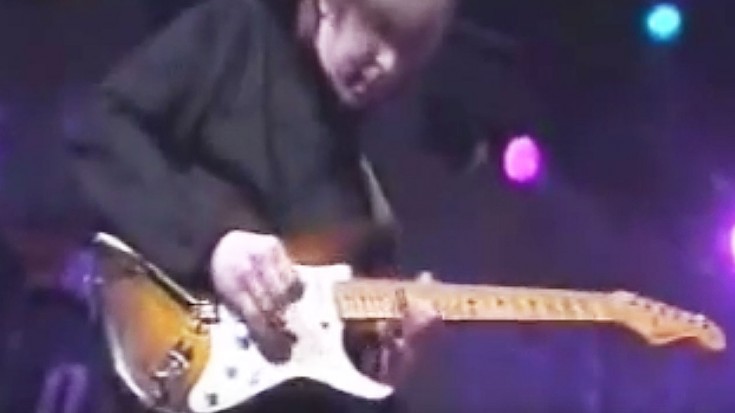 Introducing Eric Johnson, if you haven’t already heard of him. Eric is a blues inspired player with a lot of respect for the greatest there ever was, Mr. Stevie Ray Vaughan. Playing his epic, instrumental dedication of “SRV” at the House of Blues in 2008, he has the crowd mesmerized.

Interesting Fact:  Best known for his electric guitar skills, Johnson is also a highly proficient acoustic, lap steel, resonator, and bass guitarist as well as an accomplished pianist and vocalist.

Eric was recognized in ’86 by Guitar Player magazine shortly before his track “Zap” was nominated for the 1987 Grammy Award for Best Rock Instrumental Performance. Being from Austin, just like Stevie, Eric found a lot of inspiration from the attitude and talent of the never forgotten blues player and decided to write and dedicate this insanely beautiful instrumental piece to the lost rockstar.

From playing with greats like Steve Vai and Joe Satarini, it is clear as day that Eric is a highly underrated performer with great talent and taste. We hope you enjoy this as much as we did!