The Vaughan Brothers’ Bond Was Unbreakable, And Their Final Song “Brothers” Proves It 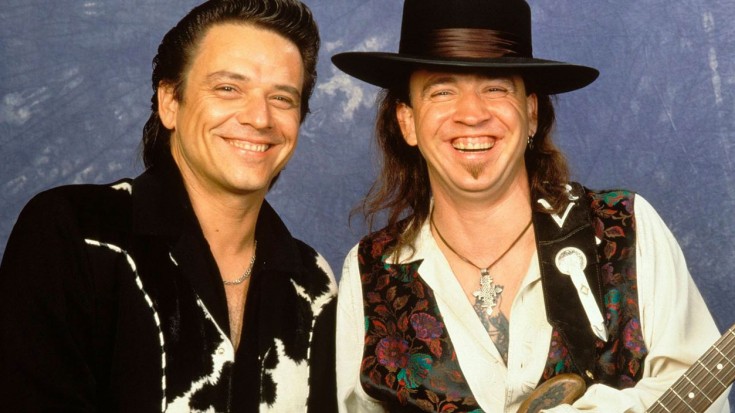 Though brothers Stevie Ray and Jimmie Vaughan heard for decades that the two of them should team up for an album or two, it wasn’t until shortly before Stevie’s death in 1990 that the Vaughan brothers actually made it into the studio for Family Style. It would be the only studio collaboration between Jimmie and Stevie and released a month after Stevie’s death, Family Style closed out an explosive 10-track scrapbook of the Vaughan brothers’ time together with ‘Brothers’ – a slow, bluesy piece that highlighted with a female voice saying things like “Y’all share, now!” and “I love you both,” was a tribute to the unbreakable bond they shared.

Fun Fact: There’s no one Stevie loved more or looked up to more than Jimmie. In fact, his first electric guitar was a Gibson ES-125T, a hand-me-down from Jimmie.

Sure, Stevie and Jimmie both shine on ‘Brothers,’ but as much as you can hear the friendly rivalry between them on the track you can hear the love, respect, and admiration they had for each other. Stevie may have been a prodigy, but at the end of the day he was always and forever Jimmie Vaughan’s kid brother. Knowing now that Stevie would be gone shortly after they finished recording Family Style, this audio love letter from one brother to another is even more precious – and one of our absolute favorites.