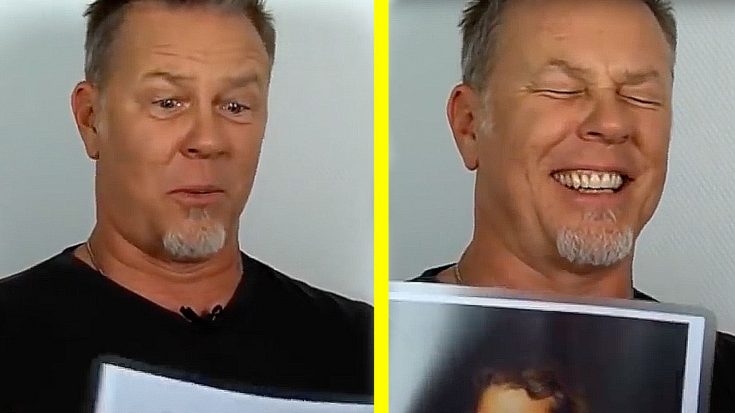 Hetfield Looks Back, And It’s The Greatest Thing Ever

I think we can all agree that the 1980’s was a lawless wasteland of a decade full of thrash metal, Aqua Net hairspray, and Anthony Michael Hall. However, our favorite thing to emerge from the eighties was Metallica; currently having the best week ever with the #1 album in the United States and 57 other countries around the world in Hardwired…To Self Destruct, it’s good to know that these guys are still the same down to earth people they were before they became the biggest metal band on the planet.

Frontman James Hetfield took some time out of his schedule to look over some old Metallica photos – including an early Metallica show flyer he drafted by himself – and let it be known that James Hetfield is not too bad ass to let out a giggle or two over everything from hairstyles to the way metal magazines portrayed him in the early days. The moment isn’t without a little sobriety, though, as James gets a moment to look over an old photo of late Metallica bassist Cliff Burton and reminds his interviewer and watchers alike of the tremendous, once in a lifetime talent that was Burton. Check it out in the video below!