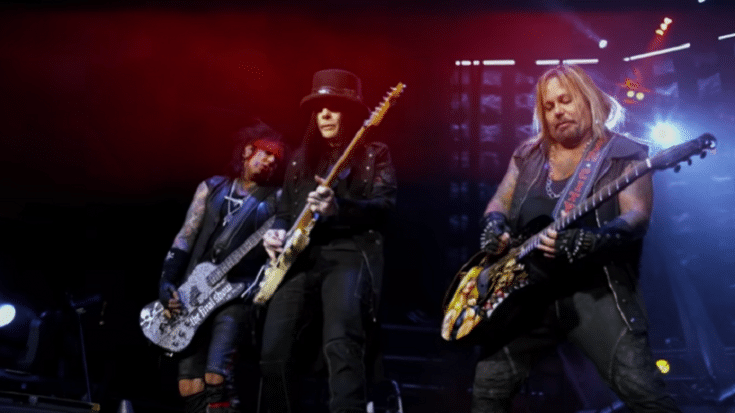 Best Way To Kick Off The Decade

One of the things we look forward to this year is the slate of tours from our favorite classic rock acts and they’ve basically got everything covered – reunions, farewell treks, or even 2-3 iconic groups in one bill. Whether your preference is soft rock or heavy metal, there’s something for everyone. Check out the following artists and their schedules.

Guns N’ Roses – Still continuing their Not In This Lifetime tour which began in 2016, GnR are still pulling in a massive number of attendance for their concerts. They currently scheduled a series of shows in Europe after their appearance on the Bud Light Super Bowl Music Fest this January 31.

KISS – Like GnR, KISS continues their End of the Road farewell tour which began last February 2019. It kicks off on February 1 and wrap up on October 2. David Lee Roth is set to open their shows.

Mötley Crüe, Def Leppard, Poison, Joan Jett – Riding high on the success of their biopic The Dirt, Mötley Crüe surprised everyone when they announced their 2020 Stadium Tour along other legendary acts. The 29-date trek continues to expand.

Elton John – His Farewell Yellow Brick Road tour will begin in Australia and New Zealand before he heads to the US starting off in Indianapolis on March 26. After a string of dates, he will head off to Europe.

The Doobie Brothers – After over two decades, Michael McDonald, Tom Johnston, Patrick Simmons and John McFee will reunite for their 50th anniversary tour.

Ozzy Osbourne – After postponing dates last year following a bad fall, the Prince of Darkness will embark on his No More Tours 2 which will begin on May. He’s also set to release his latest album Ordinary Man this February.

Lynyrd Skynyrd – They’re on the third year of their Last of the Street Survivors Farewell Tour with 29 stops for 2020.

Eagles – The band will play “Hotel California” in its entirety on a 22-day trek starting on February 7.

Iron Maiden – The Legacy of the Beast Tour is also on its third year with 33 shows currently scheduled.

Aerosmith – The Bad Boys from Boston will continue their Las Vegas residency until June. After which, they will head out to Europe.

ZZ Top – They will kick off their North American tour on April 22.

The Who – They will tour in UK for the early part of this year before hitting the road in the US for a few dates. They will then perform at Caesar’s Palace for a six-night residency.

Journey – Touring with The Pretenders, Journey will embark on a 60-date North American trek.

Metallica – The South American leg of their tour will begin on April 15 in Chile. They’re also set to headline five festivals in the US.

Cheap Trick – It’s a busy year for them since after their 21-date tour, they will co-headline a summer trek with Rod Stewart.

Rod Stewart – He will go on a summer tour with Cheap Trick, then a Las Vegas residency, then a few dates in Australia.