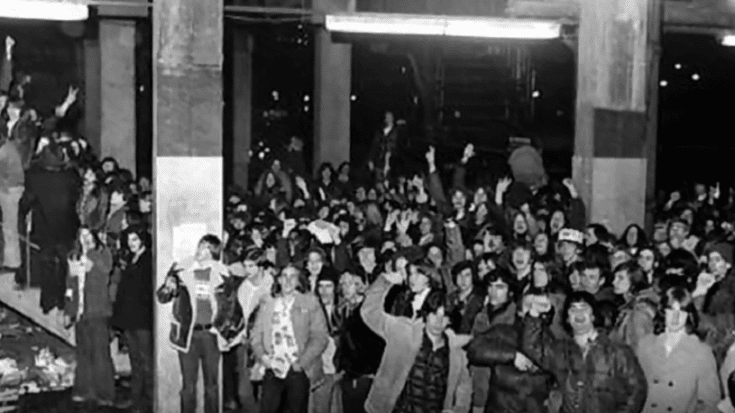 The Mayor At The Time Wasn’t Pleased

Jimmy Page took to social media to reveal that he had no idea about Led Zeppelin’s 1975 five-year ban from Boston. Apparently, he only found out after researching for his website.

He wrote in a Facebook post: “On this day in 1975, I planned to play Boston Garden with @ledzeppelin. On researching for my website, I discovered that on January 6th 1975 there had been an incident at the Box Office at Boston Garden in Boston, Massachusetts that had involved a sale / non-sale of tickets to thousands of fans. Police were called and it all ended with the scheduled Led Zeppelin show being cancelled by Mayor Kevin H White (who saw red) and, even more, there was apparently a five-year ban put on the band playing the venue. I was blissfully unaware of any of these shenanigans, but the Mayor was, by all accounts, a Rolling Stones fan! I played in Boston again in 1995 at The Fleet Center with Page & Plant.”

On January 6, 1975, things got out of hand when some fans trashed the venue by breaking into beer concessions and setting fire to some old wooden seats. Led Zeppelin wasn’t the only rock act kept out for years by Boston Mayor Kevin H. White. KISS and Grateful Dead were also banned.