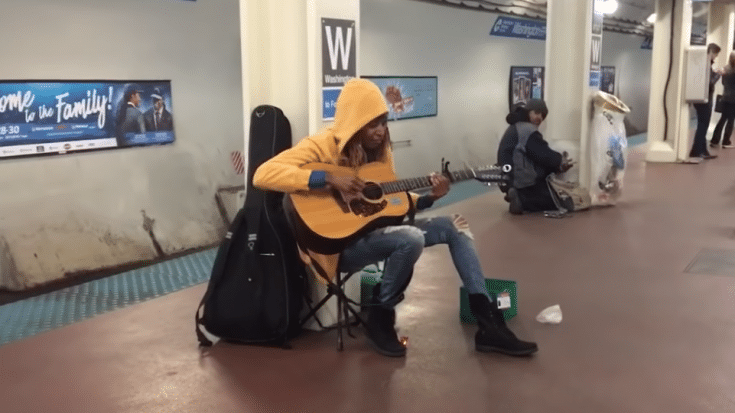 One In A Million

This street performer chose the smartest place to cover Fleetwood Mac’s “Landslide.” Her voice echoes and fills the underground tunnel, which only amplifies her singing.The young woman has an airy rasp to her voice that adds a grit to the rock band’s hit. She draws a crowd in front of her, all who stand in astonishment. The songstress sings it so uniquely and beautifully that it’s easy to forget, for a moment, that it’s a cover. It goes without saying that she has an enormous natural talent. Every dollar that she’s tipped with is definitely hard-earned and well-deserved. The music she bestows for her audience is a rare experience for anyone to witness.

Who Is She Though?

The angel in the subway is Ashley Stevenson. Her nicknames include “Slim Freedom” and “Blue Line Performer.”  She had been performing in Chicago subways for a couple of years until she finally received the recognition she’s deserved since the start.  The very same “Landslide” cover she performed in the subway was what led her to TedXChicago in 2017. TedX is famed for showcasing raw talent (otherwise unrecognized) and delivering it to a national audience. Since Tedx, Stevenson has been recording original music and releasing it on the artist friendly Patreon. She continues to update her fans on her “crazy wild ride” through her Facebook.