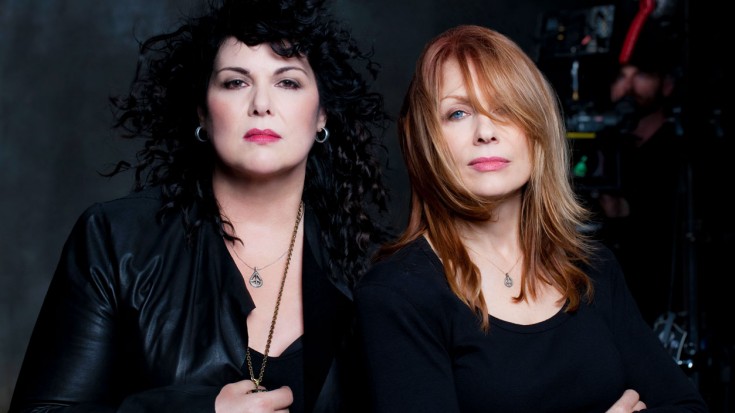 Seattle rock legends Heart are gearing up for the release of their 16th studio album entitled Beautiful Broken, and sisters Ann and Nancy Wilson are pulling out all the stops for this one! With three brand new songs to fall in love with as Heart branch out and explore new musical territory, they’re also promising to revisit a few deep cuts from their catalog – and to help them, they’ve enlisted the help of metal legend James Hetfield of Metallica.

The sisters Wilson confirmed the news of Hetfield’s appearance on Beautiful Broken, revealing that the “Enter Sandman” singer contributes vocals to the album’s title track “Beautiful Broken,” an updated version of the 2012 bonus track featured on Heart’s album Fanatic. We loved the original, but when Nancy says that the new version “blows the previous version out of the water,” she’s not kidding – it really does!

“It blows the previous version out of the water,” said Nancy. “James just took the song on, and what he added was perfect with a bite and a rock accent.”

We won’t lie; we’ve secretly always wondered what Heart would sound like with a metal twist and now that we’re about to find out, we couldn’t be more excited! “Beautiful Broken” hasn’t been released as a full track just yet, but you can check it out in the awesome little 30 second teaser below and get a glimpse into what you can expect from Heart and James Hetfield this summer!