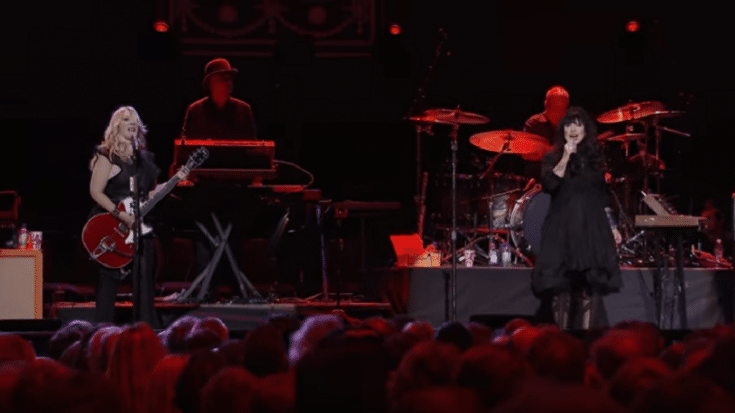 After a three-year hiatus, Heart recently went back to touring and had a string of shows in North America just this summer. In an interview with Ultimate Classic Rock, Nancy Wilson revealed: “The tour was really exciting after three years of not being [out there].” Since they’re still on a break, they will most likely start working on a new album which would serve as a follow-up to 2016’s Beautiful Broken.

Nancy adds, “I’ve got a lot of song ideas in my head and in my notes on my phone, and [I’ve been] singing into my phone. So I think that new Heart material would be really great, because the last album we did was Beautiful Broken, [where] we kind of redid some of our favorite [songs from Heart’s catalog].”

After Heart’s “indefinite” hiatus in 2016, Nancy formed Roadcase Royale with former Prince band member Liv Warfield, lead guitarist Ryan Waters, keyboardist Chris Joyner, bassist Dan Rothchild, and drummer Ben Smith. With the return of Heart on the road and possibly in the recording studio, this side project will be put on hold. Nancy said, “[With] the Heart thing, the whale swallowed the sailor there. I think the next smart move would be to get some new Heart stuff going and then take it out on the road again. But not the same shed tour. Canada wants us up there … and probably some European dates and some other festivals and stuff like that. Things that don’t imitate what we just did.”

In 2018, Ann Wilson released her solo album “Immortal” as a tribute to dead rockers.