Heart May Be On Hold, But Nancy Wilson Is ‘Not Giving Up’ And Her New Roadcase Royale Song Proves It 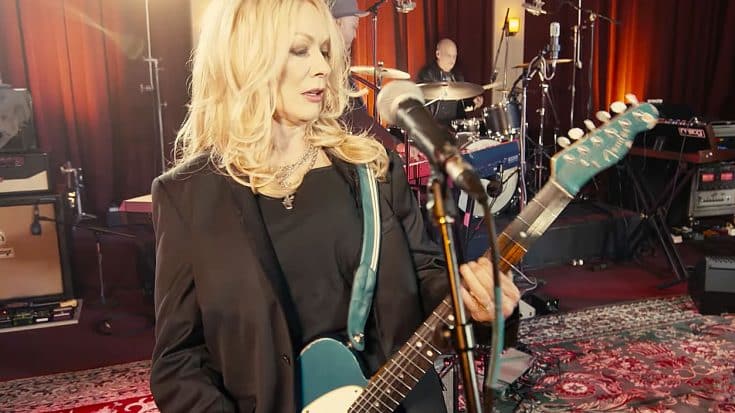 Nancy Wilson has been one busy lady. Despite the turmoil caused by the 2016 assault of her twin teenagers at the hands of sister Ann Wilson’s husband and the uncertainty surrounding the future of Heart, there’s no stopping Nancy as she embarks on the next phase of her musical journey – a side project called Roadcase Royale.

A soulful, ultra funky project featuring the talents of singer and Prince protégé Liv Warfield, Roadcase Royale also sees Nancy bringing along a few key members of Heart as well as another Prince mentee, guitarist Ryan Waters for the ride, embarking on a fiercely funky, soulful new journey that Nancy stresses “is not a replacement” for Heart but a chance to explore her artistry with a brand new cast of characters.

Roadcase Royale’s brand new song “Not Giving Up” premiered earlier this week with an accompanying music video, shot in an intimate, bohemian little space that somehow perfectly suits Roadcase Royale’s overall vibe; singer Liv Warfield is an absolute vocal powerhouse, supported by Wilson who faithfully holds the show together from her spot as rhythm guitarist and backup singer.

While the band’s previous single “Get Loud” boasted a soulful, funky sound, “Not Giving Up” signals a return to the bold, brash, in your face brand of rock and roll we’re used to hearing from the Heart guitarist – Nancy is absolutely in her element, telling Ultimate Classic Rock “I could hear the potential to make it our own. I knew right away we would be able to take that song not just for a test drive but straight onto the big rock race track!”

Check it out in the video below and as always, sound off in the comments below and let us know what you think!