Alice Cooper Reveals Special Guests For Upcoming Album, And List Is Too Good To Be True! 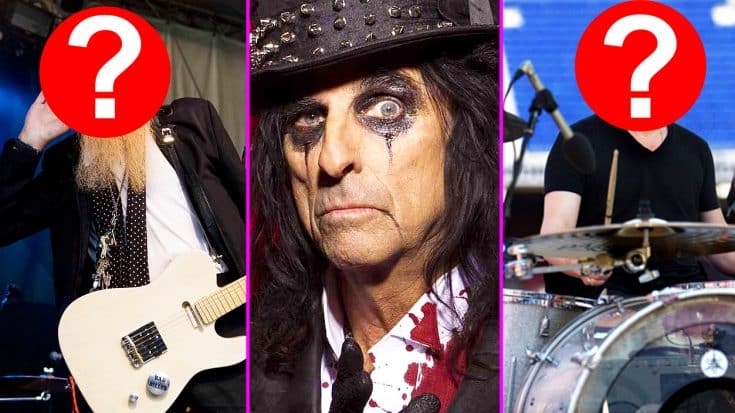 School’s back in for Alice!

After months of teasing, Alice Cooper has finally released the long-awaited guest list for his upcoming album Paranormal! For the past few months, Alice has been highly praising the guest list for the new LP, set to release July.

With so much anticipation, Alice didn’t disappoint when he revealed that both ZZ Top’s Billy Gibbons and U2’s Larry Mullen Jr. will be appearing on the new record! Billy is set to appear on a song titled “I’ve Fallen In Love and I Can’t Get Up,” which we expect will have an epic guitar riff and solo!

“After we cut the record I said, ‘If Billy Gibbons doesn’t play on this, we shouldn’t put this one out. Because it is just so him. And [when] he got the record, he said, ‘I got the flu, but, man, this song makes me feel better.’ He just killed it.“- Cooper says.

As far as the song Mullen is featured on, Cooper says he surprisingly asked for the lyrics before the recording for a special reason.

“[Mullen] said, ‘I play to the lyrics, I don’t play to the bass.’ And I said that is so cool, just the idea that you’re interpreting the lyrics on the drums. It totally makes the album another album.“- Cooper recalls.

We can’t wait to hear what the final product sounds like when it releases in July!