Hear The Isolated Vocals Of Pink Floyd’s ‘Another Brick In The Wall Pt. II’ 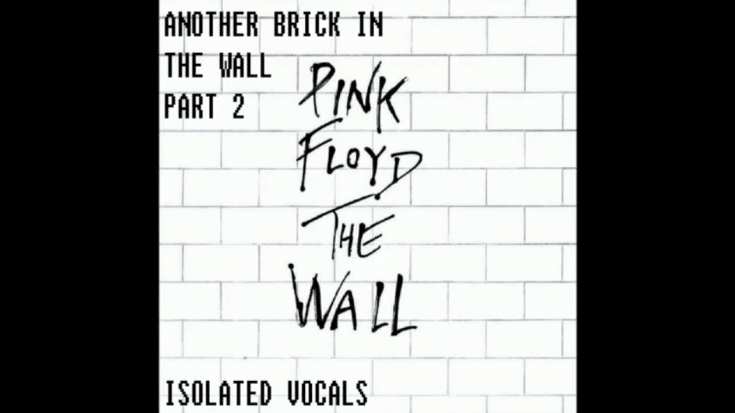 “Another Brick In The Wall (Part II)” is one of the songs that cemented Pink Floyd’s status as titans in the genre. A musical masterpiece from their 1979 rock opera The Wall, it’s best known for featuring a children’s choir which added another depth to the track. Producer Bob Ezrin told engineer Nick Griffiths to record children from Islington Green School singing the verses.

The head of music Alun Renshaw was enthusiastic about the project and the school was chosen because it was close to the recording studio. There were 23 kids who sang but it was overdubbed a dozen times.

In 2009, Roger Waters clarified to Mojo magazine that the song was satirical.

He explained, “You couldn’t find anybody in the world more pro-education than me. But the education I went through in boys’ grammar school in the ’50s was very controlling and demanded rebellion. The teachers were weak and therefore easy targets. The song is meant to be a rebellion against errant government, against people who have power over you, who are wrong. Then it absolutely demanded that you rebel against that.”

The disco beat was another idea of Ezrin’s and while David Gilmour was hesitant and skeptical at first, he later admitted that it worked and the resulting music still sounded like Pink Floyd. Listen to the isolated vocals below.